The Canterbury-Bankstown Bulldogs have gone down to the Sydney Roosters, 38-12 at the Sydney Cricket Ground.

The Bulldogs started the game with a new number one following the signing of Dallin Watene-Zelezniak at the beginning of the week.

Originally named in the centres, Watene-Zelezniak shifted to the number one position prior to kick-off and in his first game for the club, the 23-year old finished the match with 21 runs, 176 run metres from 56 minutes after failing to finish the game due to a head knock.

The Roosters opened the scoring through Latrell Mitchell when the centre collected an offload from his wing partner Danial Tupou to score in the corner.

The home side grabbed another try in the 24th minute through fullback Joseph Manu, before the 2018 premiers had a third four minutes later when Sitili Tupouniua crashed over to grab his first try of his NRL career and give the Roosters a 16-0 lead after 30 minutes.

In the 32nd minute, the Bulldogs scored their first try of the match when the ball was shifted from the left-hand side of the field to the right going through seven sets of hands before arriving at Will Hopoate and sending the centre crashing over the try line. Nick Meaney converted, and the tri-colours lead was cut to ten.

After leading 16-6 at the break, the Roosters scored four second half tries through Drew Hutchison, Isaac Liu with Mitchell and Manu both grabbing doubles for the match. Latrell added two second half conversions to finish the match with 18 points.

Canterbury loss Watene-Zelezniak in the 56th minute with a head knock, before scoring late in the match when Raymond Faitala-Mariner was awarded a penalty try in the attempt at grounding a Fa’amanu Brown grubber kick. Rhsye Martin converted from in front, but the Roosters ran out 38-12 winners. 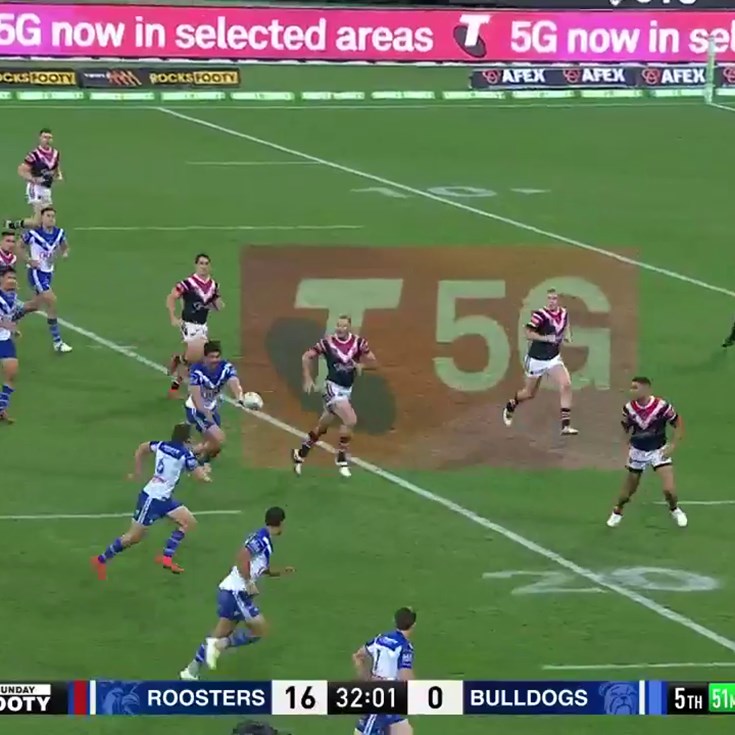