This week will see the Canterbury-Bankstown Bulldogs clash with the most successful team in the Queensland Cup competition, the Redcliffe Dolphins in the National Rugby League State Championship at ANZ Stadium, Sunday September 30.

Redcliffe were founded in 1947, were then accepted into the Brisbane rugby league premiership in 1960 and won the premiership for the first time in 1965.

The Dolphins have produced a number of famous players over the years who have gone on to represent Queensland and Australia, including Arthur Beetson, Brent Tate, Michael Crocker, Wally Fullerton-Smith, Daly Cherry-Evans, Petero Civoniceva and Trevor Harken.

Redcliffe have played in 19 grand finals, winning eight and have won the most premierships in the Queensland Cup (six) after it replaced the Winfield State League and Brisbane Rugby League competitions in 1996.

In 2018, the Dolphins finished the regular season in first position and only needed to defeat the Burleigh Bears in week two of the finals series to advance to the Grand Final and set up a clash with the Tigers.

Redcliffe led 14-10 at the break before going on to register a 14-point victory.

Along the way they registered 16 wins, six losses, conceded on average only 16 points per game to be the second best defensive team and were the best attacking team in the competition.

The side features a number of players who have NRL experience, including Kotoni Staggs, Tom Opacic, Sam Anderson, Jeremy Hawkins and Cameron Cullen.

Redcliffe also have Jamil Hopoate, the brother of Bulldogs fullback Will.

Where you can watch?

All games will be televised on Channel Nine in NSW and Queensland.

Viewers in Victoria, South Australia and Western Australia can watch the NRLW and interstate matches on Gem, the NRL grand final will be on Nine.

Sky NZ will broadcast all three games in New Zealand.

Watch NRL is the official way to stream every NRL match LIVE & on demand.

This service is not available from Australia, New Zealand and the Pacific Islands.
Full details here on international coverage here. 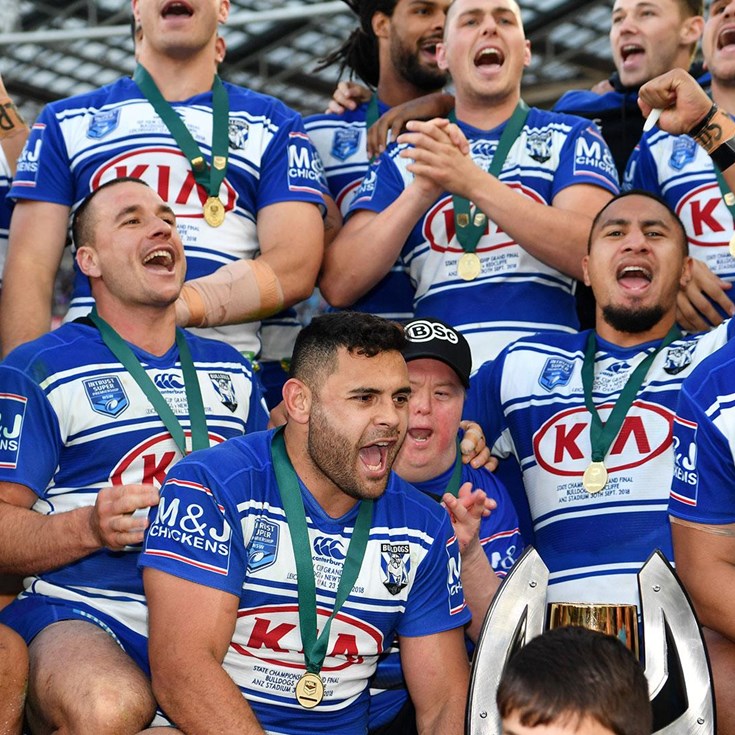 Team song from the field

By the numbers: How the Phins and Dogs compare