The Canterbury-Bankstown Bulldogs have suffered a 20-point loss to the Cronulla Sharks on the Gold Coast.

The Bulldogs made one change to their 17 named earlier in the week, with Renouf Atoni coming into the side on the bench for Ofahiki Ogden.

Luke Thompson was outstanding for the Dogs and although he spent ten minutes in the sin bin for  a late tackle on Sharks hooker Blayke Brailey, the prop forward got through 63 minutes of work that included a try, 17 carries for 180 metres, 10 tackle breaks, 31 tackles and a barn storming run to set up a try for half Jake Averillo.

Cronulla took a 30-6 lead into half-time, running in five tries to one including a Sione Katoa first half double, but loss Shaun Johnson to a hamstring injury after 35 minutes of play to leave the Sharks down to 16 men.

Canterbury started the second half on fire, scoring two tries within the first five minutes through Nick Meaney and Dylan Napa, reducing the margin back to 30-18.

A barge-over try from Cronulla forward Toby Rudolf next to the posts extended the Sharks lead.

Canterbury could not be put to bed and when the ball found Thompson, the Englishman beat four defenders to leave a path of destruction as he set foot down field, before finding Averillo to score his fifth try of the season and once again cut the lead 12.

A penalty goal in the 68th minute converted by Braydon Trindall and a Connor Tracey try in the 72nd minute sealed the win for Cronulla. 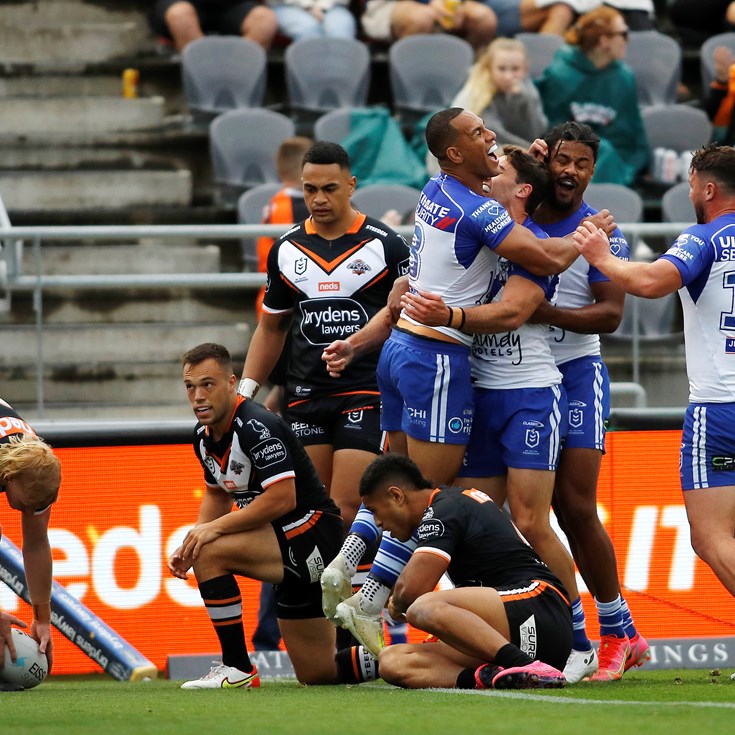