The Canterbury-Bankstown Bulldogs face the St George Illlawara Dragons at Netstrata Jubilee Stadium on Sunday May 9, kicking off at 4.05pm.

Outside back Nick Meaney has been named on the wing to play his 50th NRL match this week against the Dragons. The 23-year old made his first grade debut for the Newcastle Knights in 2018 and played five games for the Novocastrians during that season. He arrived at Belmore in 2019 and in his first season in the blue and whites, Meaney played 22 matches for the club before adding a further 16 in 2020. In his third season at the Bulldogs, Nick has played in six of the eight games to date having missed two matches due to injury. This week’s fixture will be his seventh appearance in 2021 and his 50th career NRL game. The speedster is averaging 111 running metres per game and has scored 15 tries from his 49 games.

Half Lachlan Lewis has been included in Trent Barrett’s 21-man squad for the round nine fixture with the Dragons. Lewis returned to the field last weekend for the club’s feeder club Mounites after spending three weeks on the sidelines following a concussion during the Bulldogs round four match against the South Sydney Rabbitohs. In his return game against the Parramatta Eels in the NSW Cup, the playmaker scored an impressive try, had a hand in two tries and kicked a 40/20.

Dogs have winning form over Dragons

This week’s encounter will be the first time these two teams meet in 2021 with a second fixtured scheduled for round 14. From the past 10 matches between the sides, the Bulldogs have won six, while the Dragons have claimed victory in four. The Dogs biggest win from the past ten games came in 2018 when Reimis Smith bagged a hat-trick in the club’s 38-0 victory and the biggest loss was in 2019 when the Saints claimed a 40-4 win. On average the Bulldogs have scored 20.3 points per game and conceded 17.2 during these ten clashes. Adding to the dominance over the red and whites, Canterbury have won three of their past five games played at Nestrata Jubilee Stadium. The club’s most recent win at the venue was in round seven against the Cronulla Sharks this year. 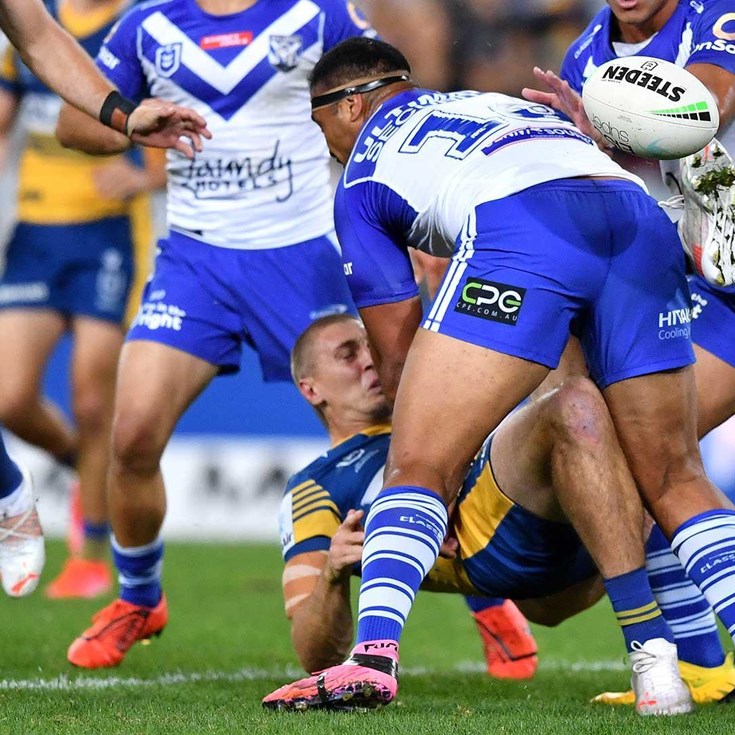