Meaney left the field in discomfort after a heavy tackle from Rabbitohs fullback Latrell Mitchell in the second half.

Meanwhile, playmaker Lachlan Lewis lasted just seven minutes in his first game of 2021 after he failed a HIA and was ruled out for the rest of the match. 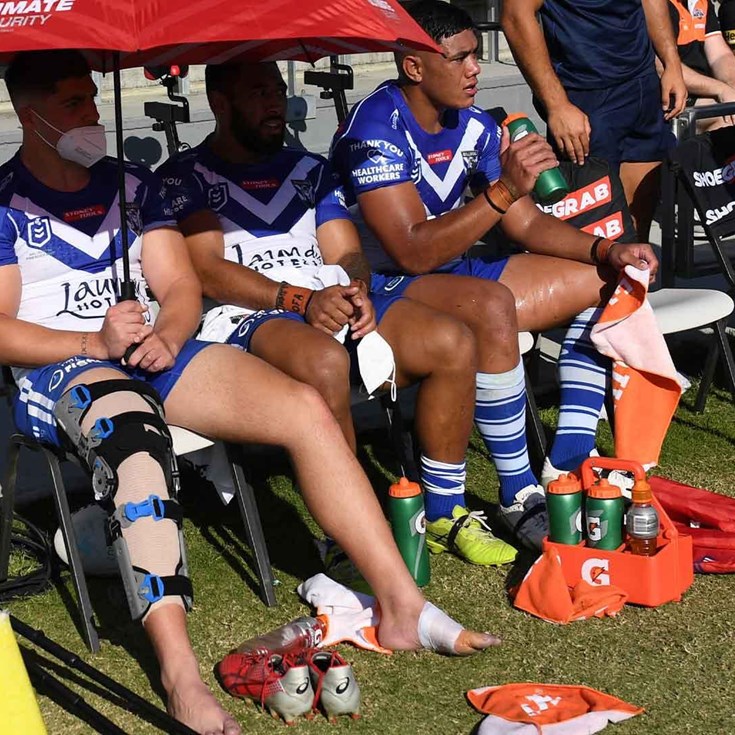