The Canterbury-Bankstown Bulldogs can confirm Matt Doorey has suffered a knee injury and will miss the final two games of the season.

Doorey has picked up a torn PCL to his right knee following the club’s clash with Manly last weekend and will miss the upcoming clashes with the Rabbitohs and Panthers.

In other injury news, Kieran Foran has had surgery to repair the torn pec and is one-week post-surgery. He will be in a sling for six weeks.

Ofahiki Ogden had surgery last Friday on a fractured cheekbone and will be sidelined for the remainder of the season.

Dylan Napa is unavailable due to a grade two tear of his medial ligament in his left knee.

After missing last week’s match with calf soreness, Luke Thompson is fit and available for this week’s clash with South Sydney on Thursday night.

Meanwhile, Adam Elliott is well into his rehab program and recovery from shoulder surgery having not played since round eight. The forward is expected to be ready for the pre-season when it begins in mid-November. 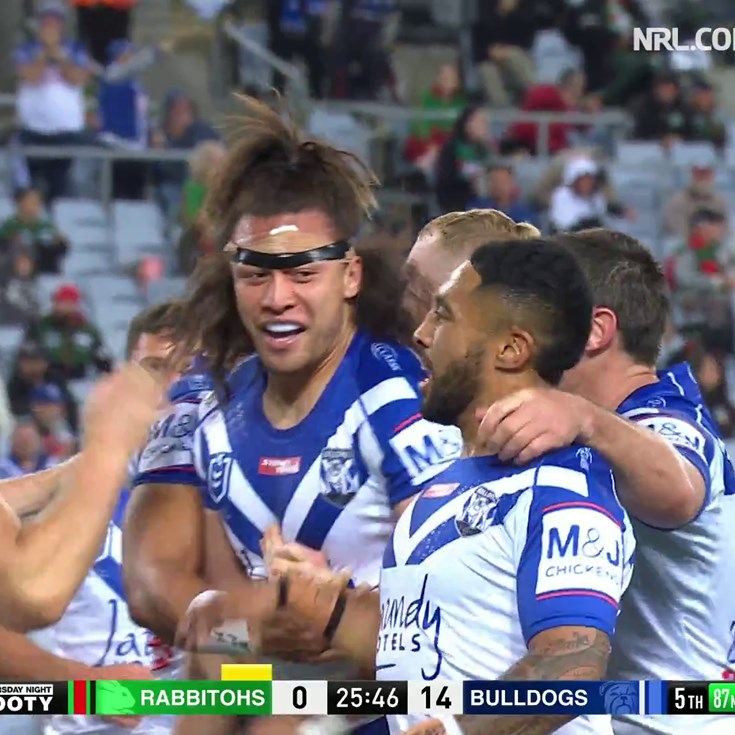 Smith just barges over from the scrum