If there was ever a moment to turn a whole country against you, Jason Hetherington's larrikin nature came out in 2001 when he was asked what was the best thing about London during his time with the Super League side.

Such was Hetherington's infectious personality, he's built a strong rapport across the game since hanging up the boots in 2002.

And yes, even in the northern hemisphere.

Hetherington started his career as a playmaker and was identified as an understudy to Wally Lewis and Terry Lamb early in his career before establishing himself as an under-rated hooker.

Many pundits say if not for the strong crop of players around at the time (in particular Maroons hooker Steve Walters and Andrew Johns, who often wore the Australian No.9 jersey), Hetherington would've played far more than the 10 representative games to his name.

NRL.com caught up with Hetherington recently for a quick trip down memory lane and to find out what else he's up to in rugby league retirement.

You were born in Baralaba, near Rockhampton in Queensland, what was your childhood like and in particular with rugby league?

Baralaba is a small town with about 150 people and I grew up on a small property there. There was only footy and cricket on offer to play. We would travel a five-hour round trip just to get our footy fix in each weekend.

You spent the first season of your first-grade career at the Gold Coast but lost all 15 of your matches – what was that initiation like?

I went to boarding school in Rockhampton when I left Baralaba at 13 and all they had was rugby union. I ended up playing for Australia and pursued union early on. I played a chance game of league with my brother in law, signed with Ipswich for a season and then Wally Lewis signed me up to the Gold Coast soon after that.

It was a wonderful experience, to get coached by Wally and play alongside blokes like Peter Gill, Steve Jackson and Terry Cook. The first game I had to mark Terry Lamb in a trial against Canterbury at the old ANZ Stadium. I'll never forget the nerves and excitement that day.

How did the move to Sydney with the Bulldogs come about in 1994 and were there any regrets of not being able to play for another Queensland club like the Broncos or Cowboys being a local boy?

The Broncos were pretty tied up with players but I had an opportunity to go up to the Cowboys with Grant Bell when I was still on the Gold Coast. They were starting up the franchise and he took a few guys with him and wanted to know if I was interested too.

Canterbury had already made an approach so I made a commitment there. I went and saw Wally because I was just a young fella playing footy and I didn't have a manager.

He broke it all down for me and went through the dynamics of all clubs and said the way I play footy and what the Bulldogs were looking for, Canterbury would suit the way I play. I took that on board and they flew me down there.

I was playing five-eighth in those days and got recruited for when Terry retired to take his spot. They gave me a go [at hooker] when Geordi Peats got injured. Marty Bella and Billy Johnson recommended me to Chris Anderson and said this bloke would make a fair hooker. I got the opportunity and made the most of it.

The departure gates at Heathrow airport

The highlight of Jason Hetherington's time in the Super League

The 1998 season was another special year when you earned Australian selection and scored a try on debut – what else do you remember about that time?

We limped along that season at the Bulldogs and there were some disruptive periods with the Super League dramas and players all involved in that. We beat Illawarra through a Craig Polla-Mounter field goal in Wollongong and things went from there.

Brisbane got us in the grand final but from the personal side of things it was a great season for me. I played for Queensland and Australia for the first time and I remember thinking how all the hard work and knocks were all worth those moments.

With the Australian selection, Garry Hughes came down and told me while I was in the pool swimming that Wayne Bennett wanted me to fly to New Zealand and play in this Tri-series game but said there was only one problem - that there were no seats left on the plane.

I replied that I was prepared to be tied to the plane's wing to get over there, I didn't care, but he was only stirring me up.

It was a good side with Alf (Allan Langer) there, Timmy Brasher, Andrew Johns, Darren Lockyer, Steve Menzies and Gorden Tallis – I just remember thanking Wayne for the opportunity and said I wouldn't let him down.

You moved to London to join the Broncos in 2001 – how did that switch come about and how did you find the overseas experience, especially back then?

I'd never been to the UK before and had a hell of a time. It was a bit of an adventure for me, something different with the colder weather, the style of footy and culture.

I was getting to the age where I had to do it then or I might not have got another opportunity to go again. I linked up with Jim Dymock again and we had a good crew of guys.

I remember going onto the UK version of the footy show, which Ray Warren's son Chris used to host, and I told him I was very cultured and loved going to museums and was into arts. For anyone who knows me, that's not true. I'm just a typical country bloke.

Anyway, I got asked what was the best part of London and I said probably the departure gates at Heathrow, for a laugh. It didn't go down too well, I had about 100 phone calls by the time I left the studio. They didn't take it too lightly and thought look at this bloke bagging out the English culture.

You were part of some great Origin clashes but does anything in particular stand out for you?

The physical aspect of the game itself and the expectations behind pulling the jersey on was two things I admired, with the anticipation that everyone has and the responsibilities that it brings.

You've got 34 of the world's best players and with that ingredients, you get a strong showing. If you don't walk off sore you haven't had a crack. I look forward to Origin every year, from when I was an 11-year-old in 1980 to now.

What about the infamous scrums in Origin that used to break out into brawls?

Oh, you had to get yourself ready for it, you certainly couldn't get caught by surprise but I always thought winning the game was more important.

You'd prepare for a stink if it came but that was the beauty of Origin – the physical battle and intensity. You'd find something in you that you never thought you had. It finds the best in you and sometimes that just spills over. It was all part of the game.

You're still part of Origin as coach of the Queensland Maroons women's side – that must be something different for you but also just as rewarding?

It's been terrific, they're a great bunch of women and really buy into what we've put in front of them over the past few years. We've been close but are not quite there. I thought last year if we were good enough we could've got the job done.

We have to get better to beat NSW. But it's a great experience and the support staff are great. There's a lot of interest in it and it's a great thing. State of Origin means as much to the girls as it does to anyone.

They grew up watching it like everyone else. I look at Steph Hancock, whose father Rohan played in the first game in 1980. It has a massive meaning for her.

What does retirement look like now for Jason Hetherington?

I'm back in Rockhampton running my own water truck business which I started not long after I retired. Dad is out on the cattle property still so I head there and give him a hand every now and then.

I've got twin boys - Zac was with Canterbury but he's back with Ipswich now. The other twin, Kobe, spent some time with the Broncos. My daughter Laynii is studying occupational therapy and I see her as an investment into my future.

I've also got a little fella Eli in year 11 nearing the end of school so just living normal everyday life and staying involved in rugby league when I can. 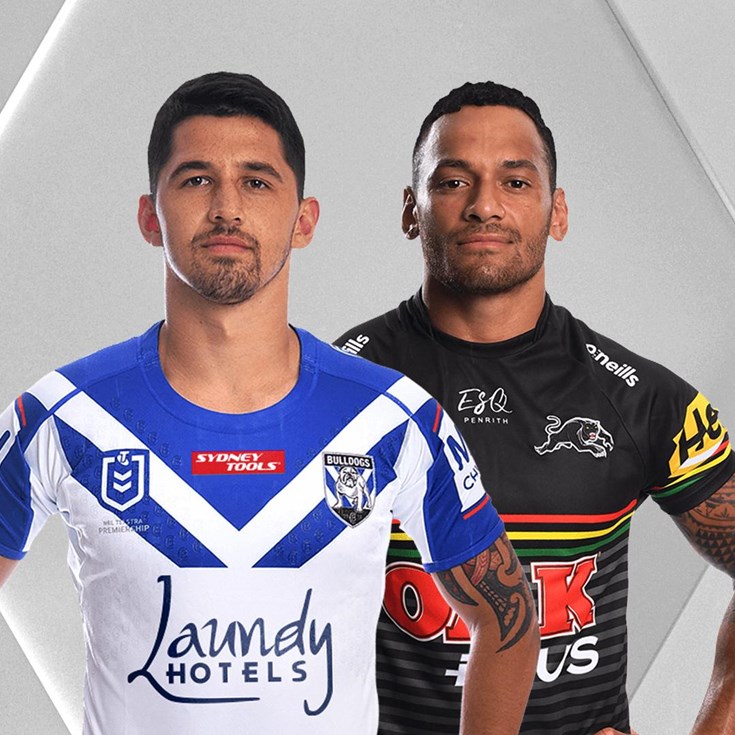