Round one of the 2020 NRL premiership has arrived with the Canterbury-Bankstown Bulldogs and the Parramatta Eels facing off in the opening game of the season.

The Bulldogs have had a busy pre-season campaign with the NRL Nines, a trial match against the Cronulla Sharks in Papua New Guinea and a week in Port Macquarie ahead of their final hit-out against the Raiders two weeks ago.

The final trial saw a number of players miss through injury, but a full squad is available for selection ahead of the Eels clash at Bankwest Stadium on Thursday night (8-05pm)

Dallin Watene-Zelezniak has recovered from the back bruising he sustained in the NRL All Stars fixture and is available for selection this week.

Outside back Christian Crichton is back to full health after a minor knee injury.

Nick Meaney has been back to full training and is available for selection after missing the two trials against the Sharks and Raiders with a hamstring strain.

Hooker Jeremy Marshall-King has made a full recovery from shoulder surgery and has been training with the main squad for the past three to four weeks. The 24-year old is available for selection this week.

Raymond Faitala-Mariner who has been sidelined with an ankle syndesmosis injury has been training with the squad over the past two weeks and has completely recovered to be available for selection this week.

Sauaso Sue is available to play this weekend after making a full recovery from an ACL injury he sustained during the club’s Round 17 match against the Newcastle Knights last year.

Local junior Marcelo Montoya has started full training with the main squad and is still three to four weeks away from playing as he continues to recover from a serious knee injury.

Forward Chris Smith is two weeks post medial ligament repair after suffering a knee injury representing the Indigenous All Stars. He will be in a brace for the next two weeks and will continue to work with the club’s High-Performance staff on his rehabilitation program. The 26-year old will be sidelined for eight to ten weeks.

Kieran Foran continues to progress with his recovery from two shoulder operations and has taken the next steps in his rehab program. 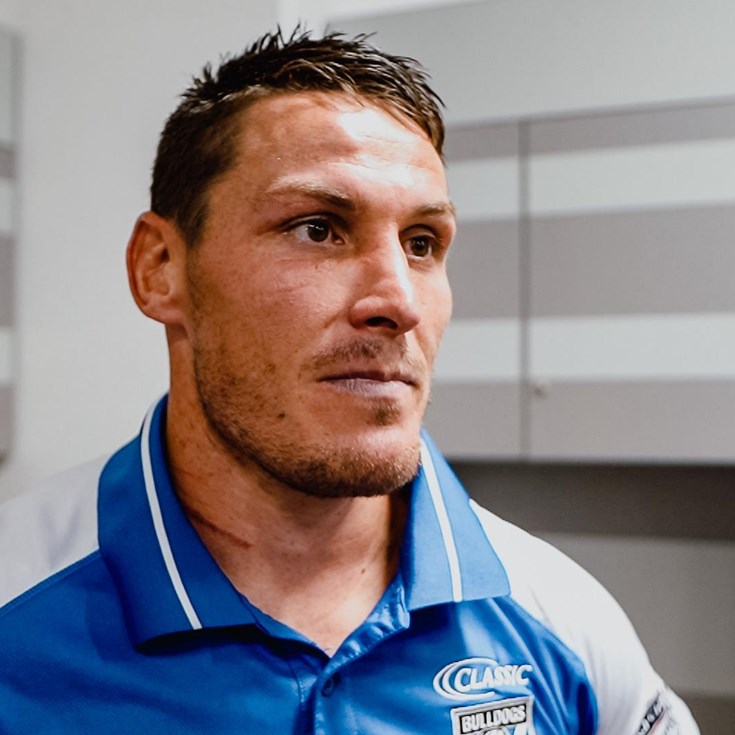 Jackson: We want to do it for our supporters

A proud moment for Dean Britt