Traditional rivals Parramatta and Canterbury meet in a Bankwest Stadium blockbuster to kick-off the new season.

Having risen from last to fifth last season, the Eels have widespread expectation to improve again and challenge for the title.

The Bulldogs showed promise at the back-end of last year and were left rueing a slow start as they missed the finals by three points.

They have their work cut out to topple Parramatta at home, though, with Brad Arthur men's putting many a team to the sword on the fresh Bankwest Stadium turf in 2019.

Eels: Parramatta are 1-17, with Ray Stone and Oregon Kaufusi dropping off the reserve list on game day after Will Smith and George Jennings were cut on Wednesday night. Marquee forwards Ryan Matterson and Reagan Campbell-Gillard make their official club debuts in the Parramatta pack while Waqa Blake has won his battle to return from off-season surgery and will take his place in the centres. Maika Sivo also takes his place on the wing after being cleared to play by the NRL. The Eels will go into the clash with a monster bench featuring Brad Takairangi, Marata Nuikore, Kane Evans and Peni Terepo.

Bulldogs: The Bulldogs are also as named on Tuesday, with Ofahiki Ogden and Jake Averillo, Sione Katoa and Jack Cogger having dropped off the reserves list. Brandon Wakeham has been named to take Kieran Foran's place at five-eighth and will partner Lachlan Lewis in the halves. It's mostly good news on the injury front for the Bulldogs with Dallin Watene-Zelezniak, Christian Chrichton and Nick Meaney all back after missing the final trial and Jeremy Marshall-King taking his place in the starting side after seeing no trial action. But Sauaso Sue (knee) and Marcelo Montoya (knee) failed to make the 21-man squad, joining Raymond Faitala-Mariner (ankle) and Chris Smith (knee) on the sideline.

Clint Gutherson v Dallin Watene-Zelezniak. Both men are leaders. Gutherson's strength is working with his fellow attacking players while Watene-Zelezniak boasts a running game capable of lifting any team.

For the Eels to win

They'll take confidence from last year but Parramatta will have to crawl before running again in 2020. If the Eels do the basics right, we know they've got the firepower to blow anybody off the park.

It was Canterbury's gritty defence that inspired their late-season charge in 2019 and more of the same is required if they're to get off to a flyer. The kicking games of Lachlan Lewis and Brandon Wareham will be crucial given Parramatta boast one of the best back fives in the competition.

I'm expecting Parramatta to make Bankwest Stadium a fortress again in 2020. Mitchell Moses would have already benefited from Andrew Johns's tutelage, while Reagan Campbell-Gillard could return to the best prop in the game at his new club. Eels by 8.

The Eels' top-four hopes were dealt a massive blow in round 23 last year when they were upset 12-6 by the Bulldogs at Bankwest Stadium. It was just the second loss all season at Bankwest for Brad Arthur's men as their much vaunted attack was restricted to a single try by a red-hot Bulldogs side which was coming off impressive wins over the Panthers, Wests Tigers and Rabbitohs. 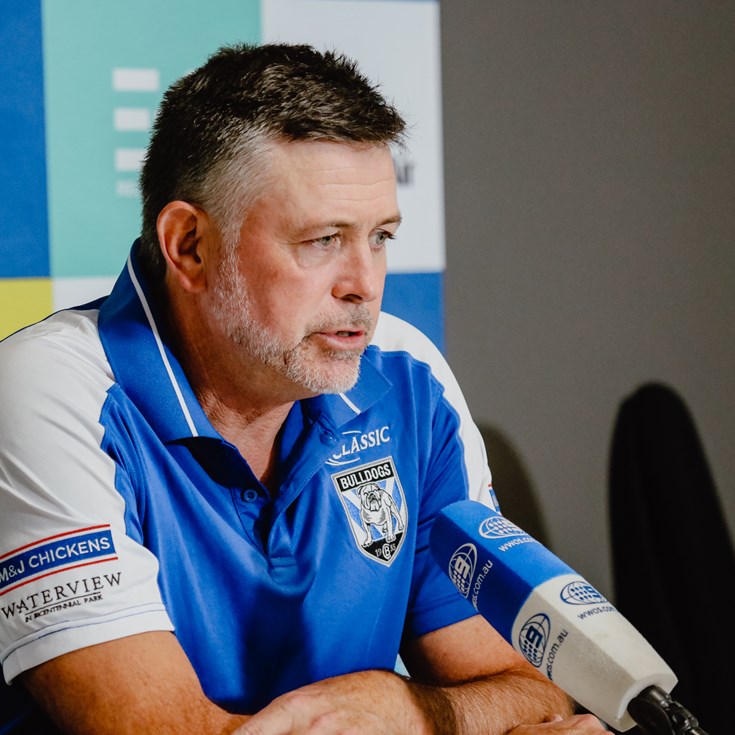 A proud moment for Dean Britt