Hopoate started the 2019 season in the number one jersey, before Nick Meaney made his debut for the club in round three causing him to shift to the centres. The 27-year old played 21 games at right centre and was arguably one of Canterbury’s best all year. He had eight try assists, five tries, 70 tackle breaks, 20 offloads and an average of 146 running metres per game from the centre position. One of the more experienced players on the roster, the Tongan international also claimed the Dr George Peponis Bulldogs Player of the Year and was named at centre in the RLPA Players' 13 Dream Team.

Montoya made 11 appearances for the NRL side in 2019, 10 in the centre position, as well as playing five matches for the club’s Canterbury Cup side. The local juniors’ season came to an end during the Bulldogs round 18 clash with the Brisbane Broncos after he sustained a posterior cruciate tear, lateral ligament tear and a medial meniscal tear to his left knee. Surgery was required and on return the 23-year old has started some light running and is expected to re-join the playing group after the Christmas break. Overall he managed 18 tackle breaks, two tries and an average of 118 running metres. Marcelo has played 45 games since making his debut in 2017.

Holland played 14 matches in the centre position across the 2019 NRL season, scoring a try in his 50th NRL match during the club’s 18-16 defeat to the Melbourne Storm in round four. The goal-kicking centre averaged 92 running metres per game, along with four line-breaks, 17 tackle breaks and two try assists in his fourth season at Belmore. The 27-year old then missed the final game against the Broncos due to a shoulder injury that required surgery. Kerrod is travelling well and is doing all the running component of the pre-season, but will not take part in any of the contact sessions until after Christmas.

Harper captained the club’s Canterbury Cup side in 2019 and became the 800th player to wear the blue and white when he made his NRL debut against the Brisbane Broncos in round 25. A junior Kiwi in 2018, Morgan is in his second pre-season with the NRL squad. He made 21 appearances for the reserve grade team, scored six tries, averaged 136 running metres per game and came up with 72 tackle breaks, seven try assists and eight line-breaks. The 21-year old talented centre has been contracted to the club for five years and was also a graduate of the club's High-Performance Youth Program in New Zealand.

Averillo is a local junior and a product of the Moorebank Rams club. He has been a member of the club's development and pathway programs since 2016, as well as spending two years with the Bulldogs Youth High Performance Program. In 2019, he spent most of the year with the club’s Jersey Flegg side before playing three games with the Canterbury Cup team at the back end of the season, including scoring a try on debut. The 19-year old made 16 appearances for the under 20s side, scoring six tries, making 52 tackle breaks and averaging 94 metres per game. The 2020 season will see Jake be a part of the NRL top 30 squad and he has extended his contract with the club until the end of the 2021 season.

Tass, a product of the Norths Devils Mackay junior rugby league club is in his first full pre-season as a contracted NRL player. The promising centre was added to the club’s development squad midway through the 2019 season and has now been elevated to the top 30. The 20-year old featured in both the Jersey Flegg and Canterbury Cup sides throughout the season playing in the left centre position. He made 19 appearances for the under 20s side, scoring 12 tries, 57 tackle breaks, 16 line-breaks and averaging 124 metres per game. Four games were spent with the reserve grade team, scoring four tries from as many appearances and averaging 100 running metres. Isaiah only arrived at Belmore mid-way through 2018 and has impressed many with his rapid rise to the NRL squad. 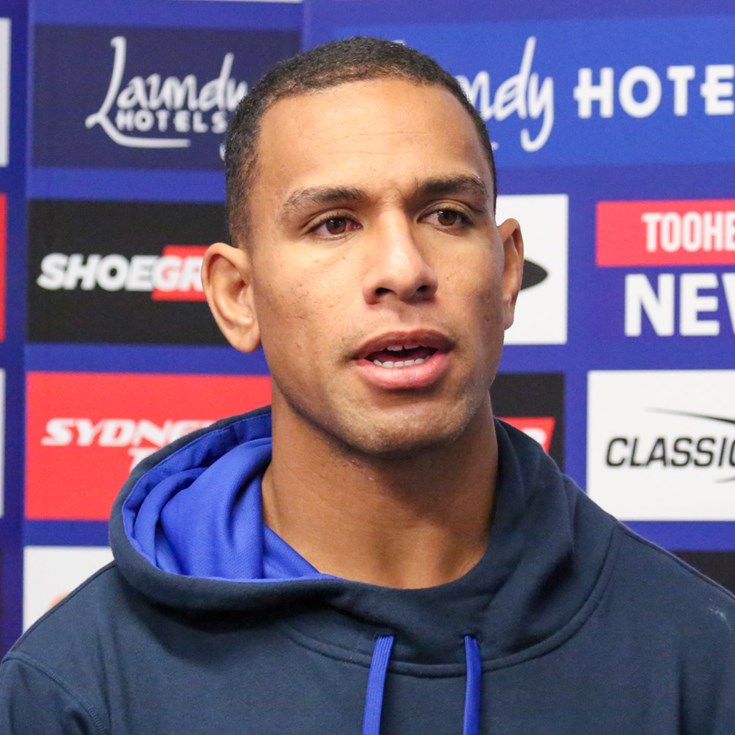