Both of these sides will be stinging over last week's results and each will believe they are much better than what they showed against Australia and Tonga.

The Kiwis ran into a very slick Kangaroos outfit but still performed well below their best, completing at a meagre 66 percent. Playmaker Shaun Johnson has worn the brunt of the criticism and it's true he had an off night, but a half playing behind a beaten pack will usually struggle to make an impression.

Debutant Charnze Nicoll-Klokstad, playing out of position in the centres, was arguably his side's best while Jared Waerea-Hargreaves left nothing in the tank in his 67 minutes on the paddock.

The Lions had some good individual performances, with John Bateman the standout, but struggled to find a way over the line against a resilient Tonga Invitational side. Halfback Jackson Hastings had a few nice moments and will be better for the run.

Great Britain: Centre Oliver Gildart has been ruled out of the remainder of the tour after suffering a dislocated shoulder in the loss to Tonga Invitational on Saturday. His place is taken by Jake Connor. In better news, prop Luke Thompson remains with the squad despite suffering a rib injury in Hamilton but won't play this weekend. Tom Burgess starts at prop and Jon Lomax starts at fullback with Lachlan Coote dropped. Daryl Clark and Joe Philbin are the new faces on the bench.

New Zealand: The Kiwis are set to take the field as named for their Test against Great Britain. Prop Leeson Ah Mau sat out training through the first part of the week with an ankle complaint, but coach Michael Maguire said he will be fine to play. Shaun Johnson has paid the price for the team's woes against Australia with Kieran Foran replacing him at five-eighth. Raiders star Joe Tapine returns from suspension at lock with Adam Blair shifting to the bench with Braden Hamlin-Uele out.

Brandon Smith v Josh Hodgson. Two very different styles of hooker but each integral to their side's hopes. Smith's energetic physicality will always cause a few headaches while Hodgon's polished and controlled efforts were integral to Canberra's 2019 resurgence and elevated him into the top echelon of dummy halves. Hodgson tried his guts out against Tonga and tackled himself to a standstill but wasn't able to create much, while Smith was also high on effort but low on reward against the Aussies.

For Great Britain to win

The Lions weren't found wanting for energy and effort against Tonga but playmaking execution and positional kicking need to lift a gear this weekend. They more than have the calibre to do it with Man of Steel Jackson Hastings, Test veteran Gareth Widdop and star hooker Hodgson all on deck.

For New Zealand to win

They need to figure out why they were so far below par last week, cut out the errors and penalties and bring the fire and brimstone from the opening whistle. With Roger Tuivasa-Sheck, Benji Marshall, Kieran Foran, Joey Manu and Co. on field there should be plenty of points in this line-up if they give themselves a chance.

New Zealand's error and penalty count was nearly double that of their opponents last week, with 13 errors and seven penalties for a total of 20 against just 11 by Australia. The killer stat for the Lions was an average set distance of nine metres below their opposition: just 41.1 metres per set against 49.8 by Tonga.

The Great Britain team has been on hiatus since 2007 but remarkably last week's match again Tonga was not the first in Lions kit for everyone in the team: skipper James Graham earned five Lions caps as a youngster back in 2006-07, winning all five. Four of those were against the Kiwis. 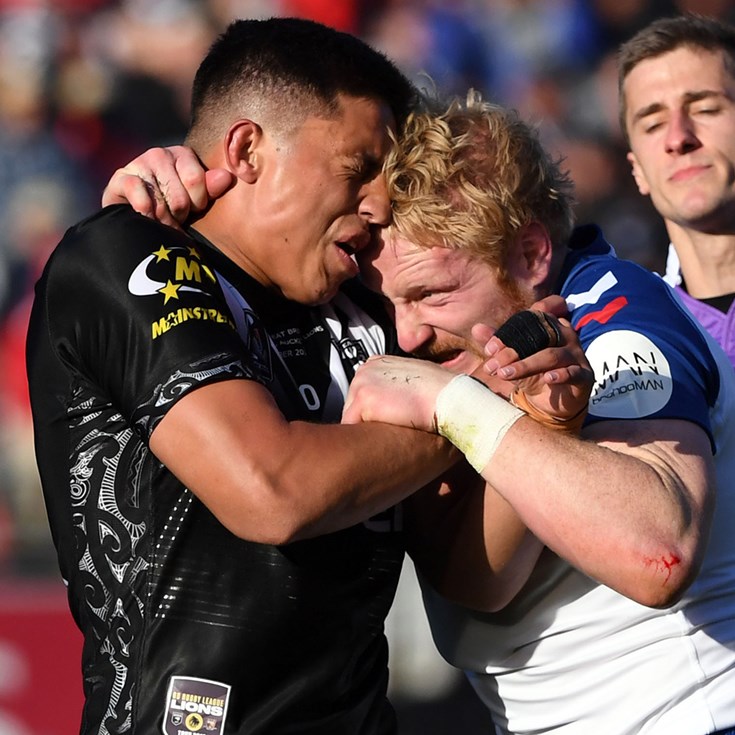 Foran injured as Kiwis hold off Lions fight back