A treble to Patricia Raikadroka has helped the Australian Prime Minister's XIII women prevail 22-14 over the Fiji PM's XIII side at ANZ National Stadium in Suva on Friday.

Australian-born Raikadroka, who represented Fiji Bulikula in June, broke a 14-all deadlock after both sides went try-for-try in front of a vocal crowd at the venue.

Both sides were pushed to the test in humid conditions during the 80-minute game, with the match split up by quarters.

Australia's final quarter proved their strongest as they pushed away with Fiji's completion rate dropping as the game progressed.

"This week has been more about off the field, and I think that came through at the end of the game," Australia's coach Brad Donald said.

"Fiji came out and kept showing up making our job really hard today.

"It just shows what they have got to offer rugby league on the international stage.''

Raikadroka gets her second to level scores

"I'm tremendously proud of the girls, I thought if we held the ball in that final quarter we would've won the game," Vowles said.

"We dominated for three quarters of the game but that just shows how good Australia are to finish us off."

With Australian Prime Minister Scott Morrison watching on from the Australian bench, he applauded the effort of Kristine Vaalepu, who powered her way over the line to secure victory with six minutes remaining.

Earlier, a try-saving tackle from Australian fullback Karina Brown stopped a near certain try to Seseli Donu on the right edge but the Fijian winger eventually crossed to open the scoring through a slick backline movement.

The Australians repelled a couple of jarring hits from the home side, who were made up of players that predominantly featured for the Fiji Bulikula outfit in June.

Raikadroka finished off a weaving effort from Kirra Dibb and Jasmin Allende to secure Australia's first of the afternoon.

Fiji hit the lead midway through the first half through an individual effort from five-eighth Vasiti Ramotiga, but the Aussies were quick to respond with Raikadroka grabbing a double immediately after half-time.

Australia PM's XIII hit the front for the first time

The see-sawing contest continued with Fiji burrowing their way over the line via Asena Rokomarama from close range after Australia's struggles under the high ball were highlighted.

A one-on-one steal from Michaela Peck on CJ Sims swung the momentum Australia's way in the second half with the nuggetty hooker the next to burrow her way over the line from to level the scores.

Australian winger Tess Staines had a chance to steal the lead but a try-saving cover tackle from Donu saved the day in the final quarter.

Back-to-back errors proved costly for the hosts late as Fiji struggled to find territory late with Australia pulling away for an eight-point win. 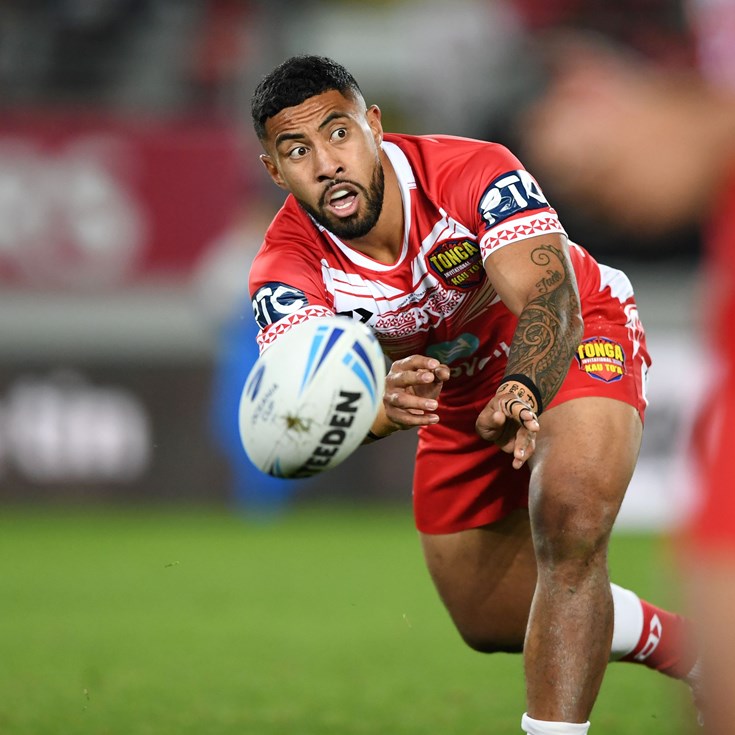