Both these teams were finals spectators last year, but while the Bulldogs are in the same boat this season, Parramatta are preparing for the play-offs.

The Eels made it four straight wins with last week's defeat of the Titans and Brad Arthur would be encouraged by the improved defence over the past three weeks which has conceded just 10 points per game.

A top-four spot remains within reach if they want it badly enough.

The Bulldogs have won five of their past seven games and proved they have to be taken seriously in the final three rounds. Their battles with the Eels are traditionally fiery affairs and Thursday's clash might be closer than expected.

Eels: Junior Paulo is back on deck after missing the Titans game with a rolled ankle so Daniel Alvaro shifts to the bench. In a late change an hour before kick-off Peni Terepo drops off the bench and his place is taken by Tepai Moeroa. George Jennings and Stefano Utoikamanu were the two players omitted 24 hours before kick-off. Jaeman Salmon and Terepo were the last two men cut an hour before game time.

Bulldogs: Winning form is good form so Dean Pay has stuck with the same 17 which got the job done last week. Having upset the Knights, Panthers, Wests Tigers and Souths during the past six weeks, the Bulldogs will be keen to play spoiler for another finals-bound opponent. Morgan Harper and Ofahiki Ogden were cut from the reserves list on Wednesday and Danny Fualalo and Michael Lichaa were the last two cut an hour before kick-off.

Mitch Moses has copped his share of criticism over the years but he has the Eels humming along nicely and appears to be enjoying his partnership with five-eighth Dylan Brown. Dogs duo Kieran Foran and Lachlan Lewis have a tough task on their hands against Parra's halves.

For the Eels to win

Most people expected them to struggle in the absence of injured winger Blake Ferguson but the Eels have won four in a row. Mitch Moses needs to stay sharp and keep playing at a high level, while the forwards can't afford to take the night off against the likes of experienced campaigners Dylan Napa, Aiden Tolman and Josh Jackson.

They need to get away to a good start and push the Eels out of their comfort zone by making them play catch-up. Defensive-minded Lachlan Lewis and Josh Jackson have to stay in Moses' face all night and force the less experienced Brown to handle more of the playmaking responsibilities.

The form of both sides over the last month sets up a great clash. It is another opportunity for Canterbury to be a nuisance for a team that has everything to play for. I think Mitchell Moses showed us again last week that his game management in 2019 is at a whole new level. I look forward to this clash. In the old days these clubs had some great clashes, hopefully this is another one. Eels by 6

The Bulldogs won't have forgotten what happened when they met the Eels in round two. Leading 10-0 after 15 minutes, the Doggies didn't score again until the 63rd minute, as Parra scored six unanswered tries for a 36-16 victory. Blake Ferguson and Clint Gutherson crossed for two tries apiece, while Moses kicked 6/6 conversions. 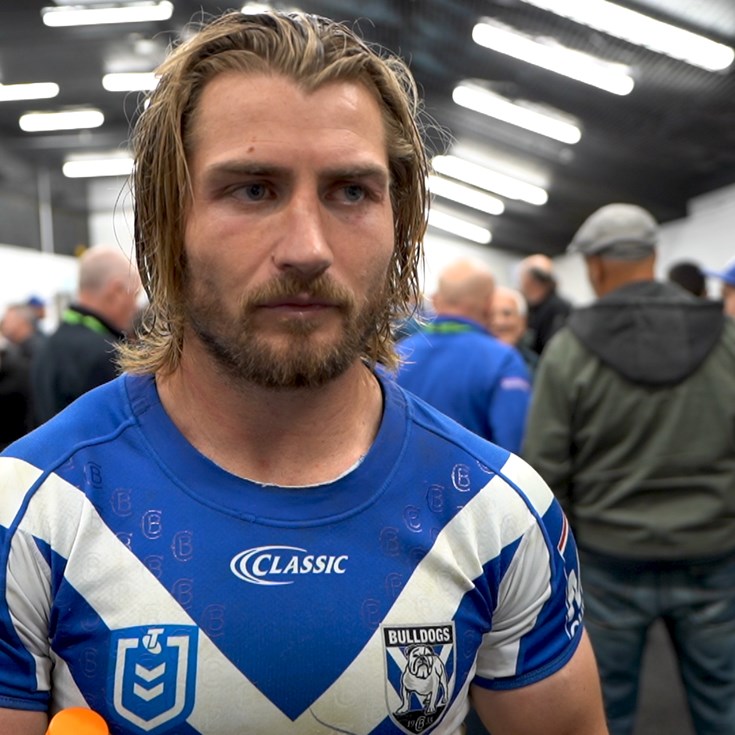