The Canterbury-Bankstown Bulldogs have defeated the Wests Tiger 38-24 this afternoon in the round three Jersey Flegg fixture at Campbelltown Stadium.

Following last weekend’s victory over the Parramatta Eels, David Penna’s men have made it back-to-back victories to start their 2019 campaign.

Despite losing fullback Declan Casey in the 65th minute when he was sent from the field, Canterbury off the back of a Frank Kuresa double and an impressive first half were able to stop a fast finishing Tigers outfit and record their second victory of the season.

The home side were first on the score sheet when hooker Rua Ngatikaura crashed over next to the post and Jock Madden converted to give the Tigers and early 6-0 lead.

The Bulldogs hit back four minutes later when second-rower Murray Sua scored, and Jake Averillo converted to level the scores.

Canterbury extended their lead with two tries in ten minutes from five-eighth Alex Seve and Winger Frank Kuresa. Averillo converted the Seve try and the visitors led 16-6 after 17 minutes.

Kane Bradley grabbed the Tigers second try of the half five minutes, before the Bulldogs registered their fourth of the half in the 30th minute from replacement dummy-half Ryan Gray.

Gray’s try was converted, and the Dogs went into half-time with a 22-10 lead.

Bradley scored his second try for the match when he crossed in the first minute of the second half and Madden converted to close the gap to six points.

The Bulldogs were able to gain possession and put themselves in good field position which allowed winger Frank Kuresa to grab his second for the afternoon in the 44th minute. Averillo converted his fourth goal of the afternoon and extend the visitors lead to 12.

Two penalty goals from Jake Averillo in the 49th and 56th minutes off the back of a Tigers playing being sent to the sin bin, put the Bulldogs further ahead.

Two minutes later and Canterbury were in again when Blake Clayton skipped down the touch line to throw the final pass to centre Isaiah Tess who scored next to the post. Averillo added a further two points to give the visitors a handy 38-16 lead.

In the 65th minute Bulldogs fullback Declan Casey was sent from the field and the home side scored out wide through winger Liam Scolari.

Scolari had his second for the afternoon three minutes from full-time, but despite the two late tries, the Tigers were unable to chase down the Bulldogs.

Canterbury finished with a 38-24 victory and their second win of the season. 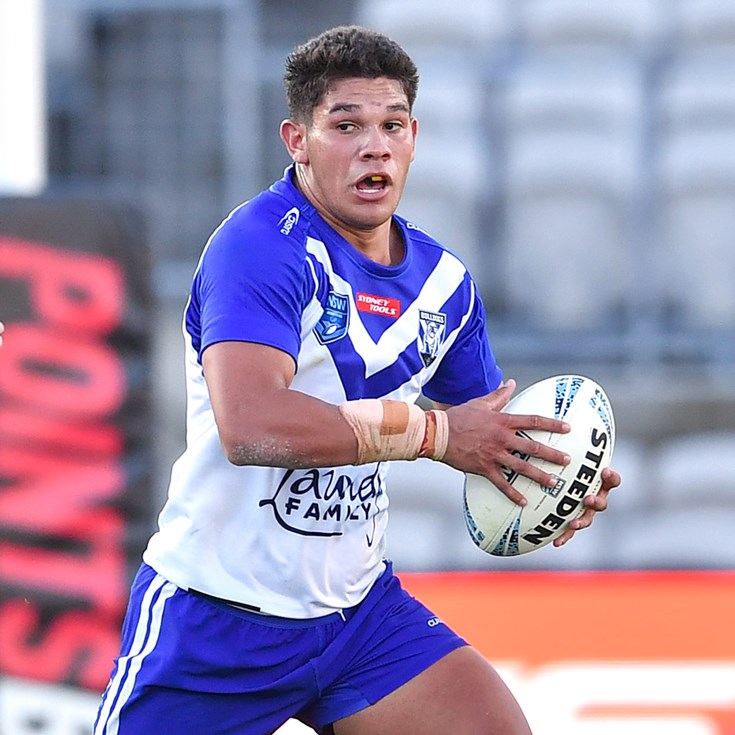