The rivalry between the Canterbury-Bankstown Bulldogs and the Parramatta Eels is one of the fiercest in the NRL.

Less than 20 km separates Canterbury-Bankstown and Parramatta and this Sunday, the Bulldogs play host to the Eels at ANZ Stadium, renewing one of the great rivalries in rugby league.

Through history the two clubs have a storied past which was highlighted in the 1980s, when Canterbury and Parramatta both won four premierships each and played against each other in two grand finals (1984 and 1986).

The Bulldogs even allowed their rivals to use Belmore Sports Ground as their home ground between 1982 and 1985, while their stadium was being renovated.

In 1984, Canterbury defeated Parramatta in the major semi-final, before meeting again in the Grand Final where the Dogs won 6-4 to claim their fourth premiership.

The following season, the Bulldogs finished the regular season in third position, before they turned it around in the finals, beating the St George Dragons 7-6 in the Grand Final and claiming back-to-back premierships.

The next year, Canterbury and Parramatta met in the 1986 Grand Final and after the Bulldogs claimed the previous two titles, the Eels finally grabbed one with a 4-2 victory over the blue and whites.

In 1993, a ground record crowd of 27,804 witnessed a brilliant multicultural day at Belmore Sports Ground on Easter Monday as Canterbury outplayed Parramatta 42-6, to record their biggest ever win over the Blue and Golds. It was a day to remember both on and off the field as rugby league supporters of all nationalities came together to watch the Bulldogs take on Parramatta.

Following Canterbury’s 1995 premiership win over the Manly Sea Eagles, Parramatta signed Jarrod McCracken, Dean Pay, Jim Dymock and Jason Smith for the 1996 season and the signing of the four-star players was a huge boost for the Parramatta club.

In 1998, the two sides met in the preliminary final and with less than 10 minutes to go Parramatta were leading 18-2, until the Bulldogs launched one of the biggest comebacks in finals history, defeating the Eels 32-20 in extra time.

Eleven years on, Parramatta defeated Canterbury 22-12 in the preliminary final of the 2009 season in front of a crowd of 74,549 to cap off a remarkable run to the Grand Final.

Since then, the two clubs have met on 18 occasions, with the Bulldogs claiming 10 victories and on Sunday March 24 the rivalry continues when the Bulldogs host the Eels at ANZ Stadium. 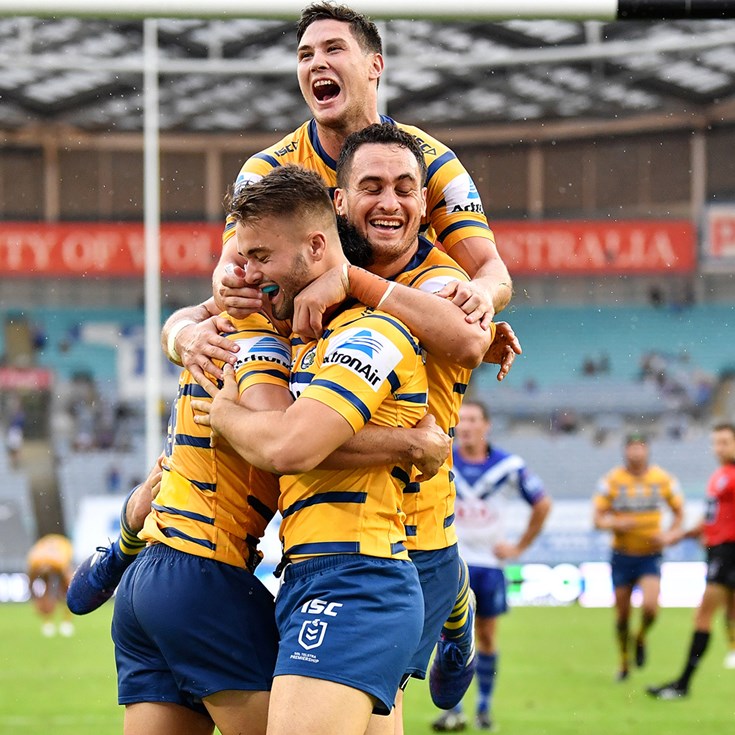 10 victories to remember over Parramatta