Adam Elliott is a hero where he hails from. A Tathra boy through and through.

Even when he was down in the dumps following Canterbury's mad Monday celebrations, Tathra loved him nonetheless.

"They all know who I am," Elliott said. "They know the person I am."

And it's because of the person he is, 1000 people from a town with a population of 1675 are expected to gather at the local footy ground on Friday to watch the Bulldogs train before Saturday's trial against the Raiders in nearby Bega.

"When I heard the trial game was going to be set up in Bega, I approached Dean Pay and the Bulldogs and said 'I really want to do captain's run in Tathra'," Elliott told NRL.com.

"They said they had to check the field out and make sure everything was going to be alright. I pushed for it pretty hard. They could obviously see how excited I was and happy I was to be down there. They flew down there not long after, check the field out. Spoke to the greenskeeper, met my mum at the Caravan Park, they teed up where we were going to have lunch and went through the whole day.

"I get to go back to where I was born, where I grew up. Do a training session with all my friends and family. Then get to play a game in Bega. I grew up playing games there wishing one day I could play in the NRL. Now I'm playing an NRL game back there. I feel like I'm waking up from a dream. I'm super pumped for it. I know the whole area is buzzing for it."

Elliott never wanted to leave Tathra. Loves everything about it. It's why he flew home in the middle of the season after the devastating impact of last year's bushfires to lend a helping hand.

It's why he played for Tathra in just about everything on offer. Cricket, AFL, rugby league, surfing … if they had it, he did it.

He goes back after every NRL season, but this one in particular he will never forget.

"I can't tell you how much that place means to me," he said.

"Especially when I had such a tough end to the season last year, to go back there, it just was a bit of a reality check because they were all super proud of me. They were talking to me about games and kids were walking around in Bulldogs kit that I had taken to the primary school and given them six months earlier. Kids that don't even play rugby league or even knew what it was were now supporting the Bulldogs. That's the sort of town it is.

I grew up playing games there wishing one day I could play in the NRL... I feel like I'm waking up from a dream.

"Everyone is so close. They had the bad bush fires there last year. It's just a really resilient place. Everyone gets behind each other and binds together when the bad stuff hits the fans, but when the good stuff comes they do the exact same thing. They are all really behind me.

"The school has given the Friday off school so they can all come down to watch. My mum works at the Big 4 Caravan Park. She meets people and they always tell here they are keeping tabs on me."

When pressed on just how much going back to his home town helped him overcome the ordeal of last year's Mad Monday fallout, Elliott was reluctant to divulge.

"It's a good story for the town, I don't want this to be another thing about that."

You can start to see why he's a hero from where he hails from. 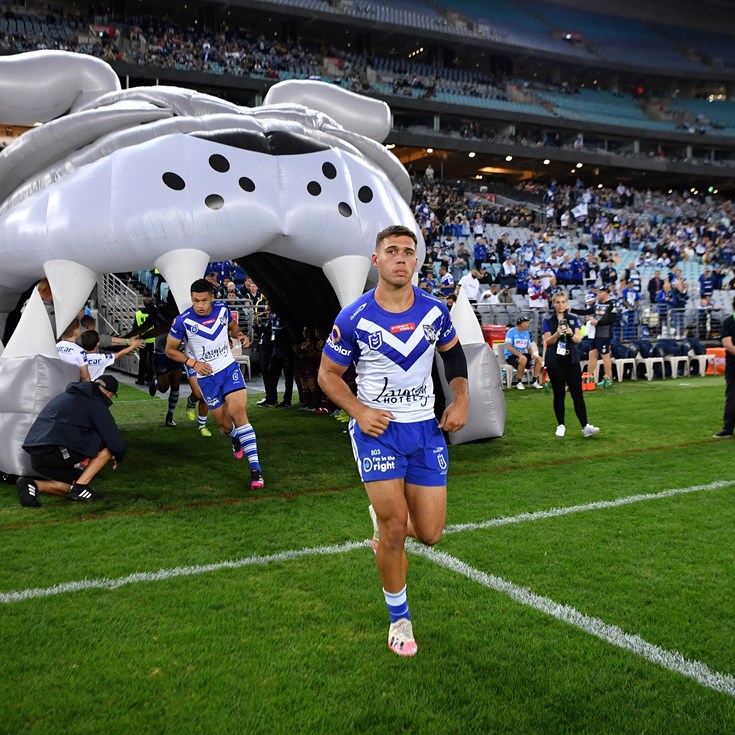