Today week we take a look at the prop forwards.

Tolman heads into his ninth season with the Bulldogs in 2019 and has been a warrior in terms of his consistency throughout his time at Belmore.

A leader on and off the field who leads by example, the prop forward finished the 2018 season with 513 tackles, 1853 running metres, 707 post contact metres and a 93.1% tackle efficiency rate from 16 appearances.

The 26-year old Queensland representative prop has joined the Bulldogs on a three-year deal.

The talented and hard running forward, who actually made his NRL debut against the Bulldogs back in 2013, made 122 appearances for the Roosters in his six seasons at the club, including being part of last season's Premiership winning side.

Napa made 20 appearances in 2018, averaging 76.2 running metres and 21 tackles per game, 13 tackle breaks, five offloads and has represented the Maroons on five occasions over the past two seasons.

Napa: The first challenge is to earn the respect from the playing group

The versatile 26-year old joins the club for the next two seasons from the Wests Tigers and the forward will add some valuable experience to the Bulldogs pack for 2019.

Sue debuted for the Wests Tigers in 2013 and played 116 NRL matches in his time at the club. He is a Samoan international who has spent time at prop forward, lock and second row.

He made 15 appearances in 2018, averaging 96.3 running metres per match with a 91% tackle efficiency rating, as well as 19 tackle breaks and 596.2 post contact metres for the season.

The hard-running forward, who has represented both the NSW Under 18's and NSW Residents sides, came through the Bulldogs system, starting with the SG Ball team, before making his NRL debut against the Manly Sea Eagles in 2015.

The 24-year old averaged 43 minutes per game last year and has played 58 NRL games for the club over the past four seasons.

Ogden recently re-signed with the club for a further two years, keeping him at Belmore until the end of the 2021 season.

The former Kiwi Junior who represented New Zealand at U16 and U18 level, was a major part of the Bulldogs winning Intrust Super Premiership side from last year, which culminated in selection for the Intrust Super NSW Residents side.

The talented 22-year old made his NRL debut for the Bulldogs last season against the Knights in Round 16 and ended up making nine appearances, which included a first-ever try against the Dragons in Round 24.

To'omaga is in the second year of a three-year deal after have re-signing with the club at the end of the 2017 season, keeping him at Belmore until the end of 2020.

The 23-year old forward from New Zealand, represented the Junior Kiwis in 2015 and made his NRL debut against the Parramatta Eels in round 10 of the 2018 season.

He finished the season with four NRL games to his name and was a member of the club's successful Intrust Super Premiership which claimed the ISP title and the National State Championship.

From his 16 ISP games, To'omaga averaged 130.2 running metres and 23 tackles per game, 21 offloads, 71 tackle breaks, nine tries and line breaks, as well as 856 post contact metres for the season.

Tualau enters his third season with the club after arriving at Belmore from the Melbourne Storm at the end of 2016.

A strong running prop forward who played two NRL games in 2018 and was also a member of the club's successful Intrust Super Premiership which claimed the ISP title and the National State Championship.

The 24-year old played 23 games with the ISP side, averaging 87.3 running metres per game, 33 tackle breaks, three tries and 684 post contact metres for the season.

Saddler is yet to play NRL, but the rookie from the Riverina who started his career with the Cooma Stallions as an 8-year old, relocated to the Group 20 competition where he attended the prestigious Yanco Agricultural College to complete his schooling.

A graduate of the club's High Performance Youth Program, he has had a tough run with injury in recent seasons.

The 19-year old was a member of the club's Jersey Flegg side in 2018 and is currently signed to the club until the end of this season. 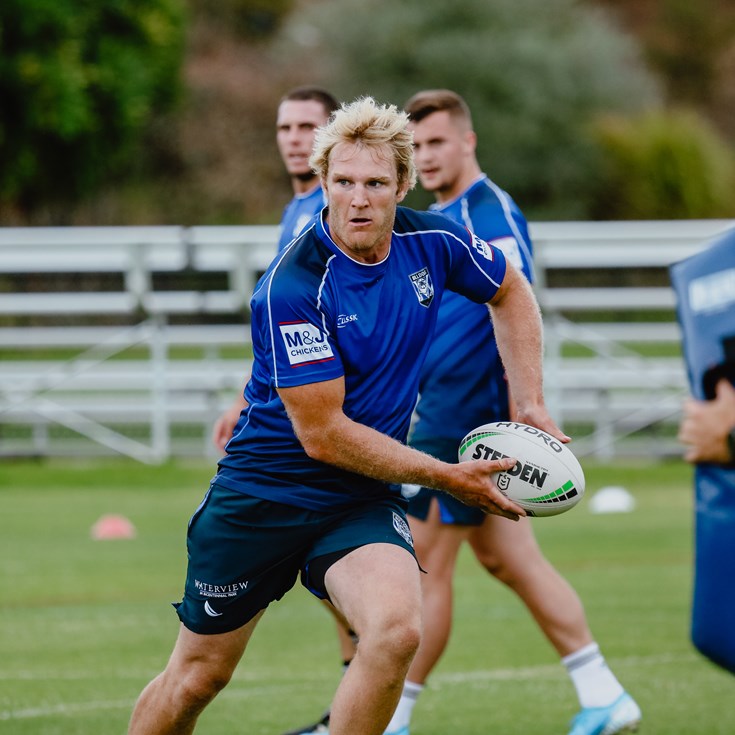 WATCH- Belmore Home of the Pack Event Wrap Up