Former Roosters prop Dylan Napa is hoping his move from a stacked Roosters pack to a younger and developing one at Belmore will provide him with greater opportunity than if he had stayed at Bondi.

Napa was unveiled as a replacement for Knights-bound prop David Klemmer on Monday and rocked up for his first training session under Dean Pay on Wednesday, fronting media just three hours after commencing his first day in blue and white.

Napa said while it was tough leaving the premiers with a year to run on his deal, and admitted to some reservations joining a club that was in the wooden spoon race in 2018, he would relish any increase in responsibility.

"I spoke to the coach (Dean Pay), there was a better opportunity to play a bit more football here, whether that be in the 80 minutes or over the three-year span," said Napa, whose future beyond 2019 could not be guaranteed by the Roosters had he stayed.

"It was an easy decision in the end. Speaking with Josh Jackson and the squad, I'm super excited to be here.

Napa: I'm not going to try be anyone else

"They approached me and I was happy to sit down. I still had one year at Roosters and we'd just won the comp so it was a big decision. I had to weigh up my options and I felt like this was the best option.

"It was really difficult but not everything goes to plan in life and I felt like this was the best option out of all the options I had."

Napa averaged just 41 minutes on field in 2018, including just 29 minutes off the bench in the grand final win having just returned from a three-game suspension, jostling with the likes of Jared Waerea-Hargreaves, Siosiua Taukeiaho, Isaac Liu, Ryan Matterson and Victor Radley for minutes in the middle.

It represented a serious drop in his playing time from 57 minutes in 2016 and 47 in 2017. It was the lowest minutes average in a season of the Maroons prop's career.

"Obviously there will be a little bit more weight on shoulders which I'm happy to have," he added.

"You could say that [Trent Robinson gave his blessing for me to leave]. By the end of the year I wasn't getting too many minutes.

"I felt like this is where I could expand my game and grow as a player. I wish nothing but the best for the Roosters and my old teammates but hopefully they don't beat us!

"I haven't really talked too much strategies and how I'm going to approach the year for myself but maybe [I can get more minutes]. Hopefully. Whatever's best for the team and can help us succeed.

"The more better games I have the better for the team. I'll be assessing what's best for myself and the team and go from there." 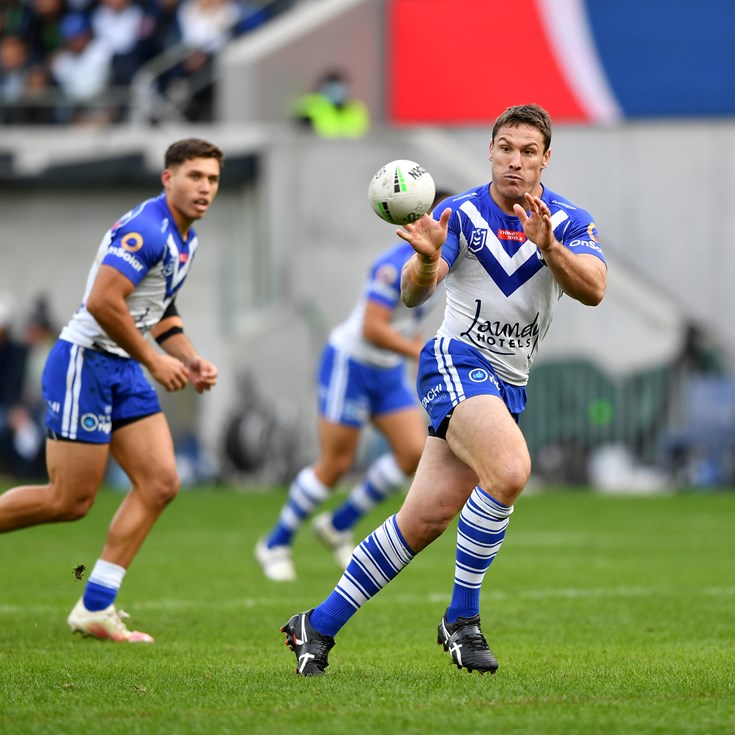 Jackson says Napa is bouncing back from Origin snub

Napa: I'm excited to run out where we train each day