The talented and hard running forward, who actually made his NRL debut against the Bulldogs back in 2013, will add a steely edge to a pack that has already been bolstered by the additions of Corey Harawira-Naera and Sauaso 'Jesse' Sue.

Napa, made 122 appearances for the Roosters in his six seasons at the club, including being part of last season's Premiership winning side.

Napa, will join the Bulldogs immediately, replacing David Klemmer who has been released.

Bulldogs Chief Executive Andrew Hill was delighted at being able to secure a forward of Napa's ability:

"Dylan, has played on the biggest stages and experienced success at Origin and Grand Final level and we are confident that he can bring that uncompromising and winning mentality to the Bulldogs.

Dylan, will also add extra steel to what is already shaping to be an outstanding group of forwards."

Head Coach Dean Pay was also looking forward to what Napa will bring to the Bulldogs :

"Signing someone of Dylan's toughness and ability is a major coup for the club. We really feel that we have got a high calibre footballer who will be a great addition to both our pack and our playing group as a whole."

Andrew Hill also thanked David Klemmer for his contribution to the Bulldogs :

"I would like to thank David for his time at the Bulldogs. He played his first NRL match for the club in 2013 and ended up making 113 appearances, in addition to his representative honours. We have always said to David that we wanted him to stay at the club, but ultimately he and his family have made a decision around needing a change of environment."

It has been a complex and challenging situation which we have tried to manage in the best interests of both parties.

We now wish David and his family all the best in the next stage of his life." 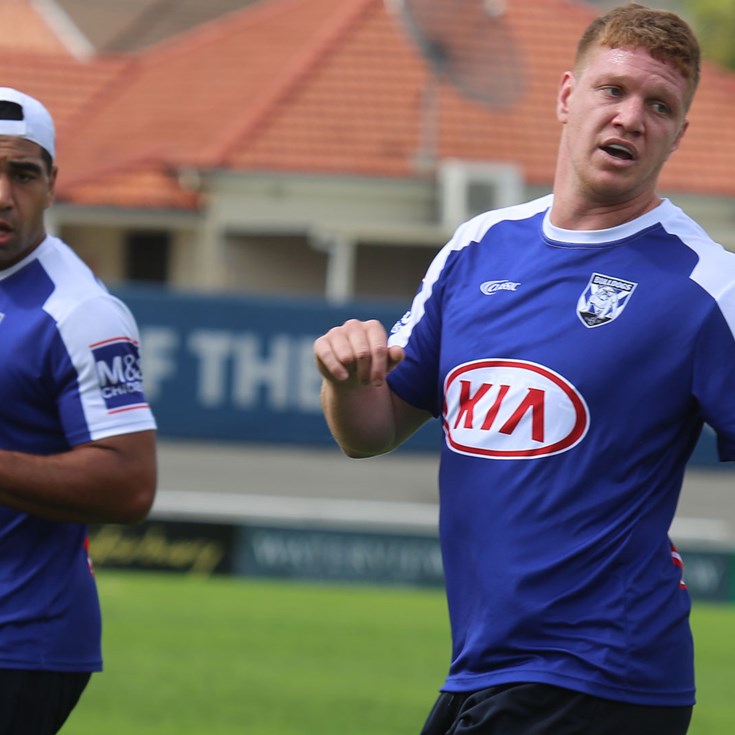 Napa: I'm a Bulldog now and I'm proud of it

Napa explains his move to Belmore