Rudolf had plenty of mates with former Manly and Gold Coast half Cameron Cullen playing a  captain’s knock at half alongside halves partner Bryce Donovan.

Scott Drinkwater has given Melbourne coach Craig Bellamy plenty to think about if Billy Slater is ruled out of the NRL grand final after starring at fullback for Easts in their run to the grand final.

Cullen showcased his class when he offloaded with one arm in traffic to send Fuller over.

Drinkwater sliced through to go close to scoring for Easts but a Sam Kasiano error gifted the Dolphins possession and soon afterwards a pinpoint accurate kick by five-eighth Donovan was snaffled by winger Jeremy Hawkins.

The Tigers lost Melbourne-contracted half Billy Walters just before half-time with an ankle injury, and moments later hooker Tom Butterfield followed him with an HIA.

Storm centre Marion Seve’s acrobatics to score in the corner for Easts  on the cusp of half-time cut Redciffe’s lead to 14-10.

The Dolphins came out after half-time on fire

A scintillating dart by Fuller to the line from close range was followed by a brilliant mid-air tap back by former Bronco Aaron Whitchurch when a Donovan kick appeared set to go dead. Staggs swooped on the scraps and the Dolphins led 26-10.

Butterfield’s return to the field paid dividends when he put captain Jake Foster over but when another Donovan kick was pounced on by big Redcliffe prop Nathan Watts in the 63rd minute it was game over.

But not before Drinkwater, who had moved into the halves to replace Walters, linked with Linc Port and supported up the middle of the park to score next to the posts.

The Tigers threatened to set up a grandstand finish but Dolphins centre Tom Opacic broke clear on the stroke of full-time to secure a deserved victory in front of a crowd of 7504.

Rudolf, who won the Duncan Hall Medal as man of the match, said the win had him in a state of "absolute euphoria and disbelief".

The Sharks have got a good one in securing the signature of the 22-year-old powerhouse who played off the bench last year for the North Sydney Bears in the Intrust Super Cup.

"I came here with a purpose, to pick my footy up, because it wasn't where I wanted it to be last year and it couldn't have gone any better this year and that si due to the entire team behind me," he said.

"It is disappointing to leave the guys after such a stellar season we've had but I'm on to bigger and better things [at Cronulla] and hopefully I can replicate what I have done here and get into the starting side."

Drinkwater said he expected Jahrome Hughes to be called up if Slater was ruled out with suspension.

"They could shift Munster back there and put [Ryley] Jacks in [at half] so there are a few options but I am hoping Bill gets off," Drinkwater told NRL.com.

"Fingers crossed that Bill can play because he was one of my idols growing up and I'd hate to see him ruled out of his last NRL game in a grand final."

Drinkwater has been one of the best players in the Intrust Super Cup this year and secured a two-year contract extension at the Stormon the back of his form and maturity as a player.

"This year I have taken it a lot more serious and I've been a lot more consistent during the week with my routine and the way I prepare for every game," he said. 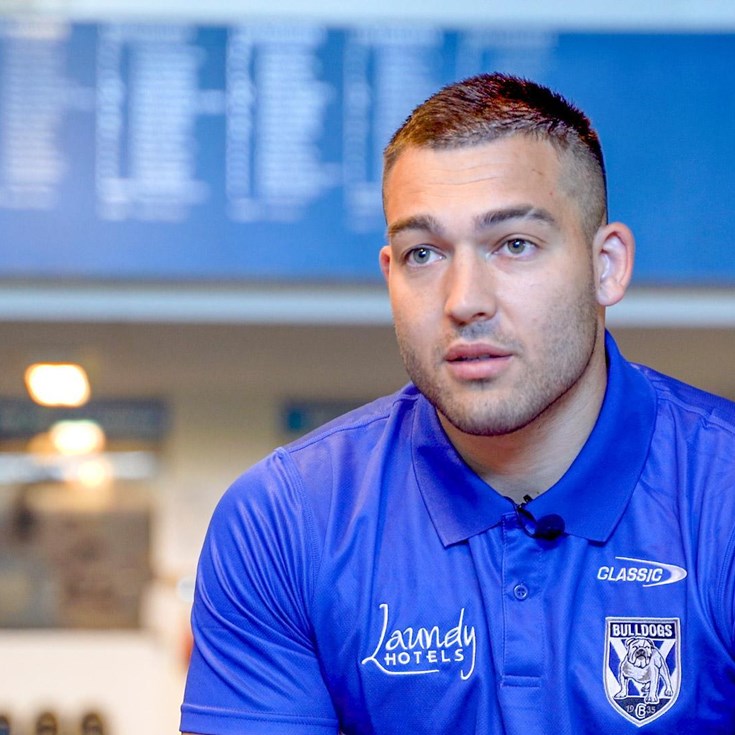