Lachlan Lewis arrived at the Canterbury-Bankstown Bulldogs from the Canberra Raiders midway through the 2016 season.

The talented five-eighth is a product of the Souths Logan system north of the border and over the past two and a half seasons has been applying his trade with the club's under 20s and Intrust Super Premiership teams, before he was finally handed his NRL debut this year in round 16 against the Newcastle Knights.

He wasn't eligible earlier in the season, but once Canterbury were allowed to elevate Lewis to the full-time squad, he was given the green light to play.

"When the Newcastle game came around, it was a really special moment. It was an awesome week," Lewis said.

"My journey to the NRL started out with the Cup team and Georgie (Steve Georgallis) and all the boys who basically taught me how to play football at a tougher level with bigger bodies, before coming into the NRL side with Dean and the help of his assistants. I need to thank the left edge of Brett and Josh Morris who I had to earn the trust from, but it was a good nine games I had and I will hold that memory forever," he added.

The 22-year old made an immediate impact in his first game for the club and went from strength to strength before being rewarded with a new two-year deal that keeps him at the club until the end of 2020.

The talented half showed composure and class in his first NRL season and impressed everyone with his toughness on the field. The five-eighth finished the season with 9 games, 9 forced dropouts, 322.5 average kicking metres per game, 3 try assists, 3 line break assists, 4 offloads, 210 tackles, 52.6 average running metres, a tackle efficiency of 83% as well as claiming the Steve Mortimer Bulldogs Rookie of the Year at the club's end of season awards night.

"It's been an incredible year. It's very humbling to win this award. Looking back at the past 12 months I didn't think I would get the opportunity to play first grade. It's an awesome feeling and I'm very proud to play at this club and for this club to give the opportunity. To get my shot half way through the year, has been a dream come true," added Lewis.

With the NRL season coming to an end, Lewis will now take time to reflect on his year and reset his goals for the 2019 season.

"My goal is to play first grade and keep loving my football. That was my focus every time I ran out onto the field this year and enjoying every moment I had. I just want to rip in with the boys in the pre-season, create some more waves and play the same type of football we did towards the back end of the year." 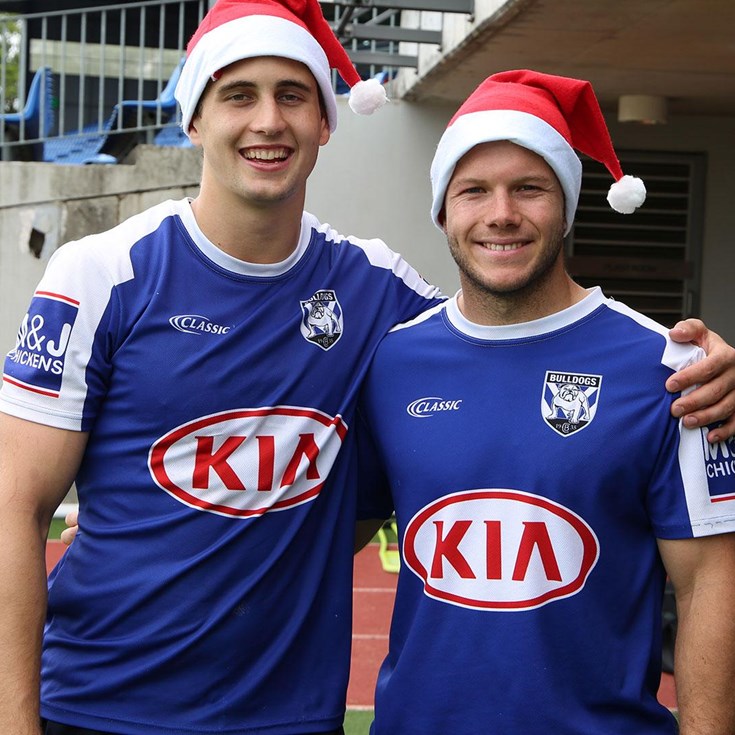