The Canterbury-Bankstown Bulldogs welcome back Lachlan Lewis for this week's clash with the Warriors, after he missed last weekend's defeat by the Manly Sea Eagles.

Lewis has played six games in the number 6 jersey since making his NRL debut in round 16 against the Newcastle Knights.

The rookie half has been a real find in 2018 and his performances have impressed not only Bulldogs members and fans, but his teammates as well:

"We definitely missed him on the weekend with his energy and his enthusiasm. He chases everything and gets his body in front and makes his tackles. His push and energy around the ball is his strength and that brings us onto the ball. We have to get up flat alongside him and play fast. He'll definitely be a lift coming back into the side," said centre Josh Morris.

Lewis has not only provided plenty of energy and enthusiasm, but his kicking game has also been a welcome addition to the side.

With a dominant left foot boot, the 22-year old averages 256.6 kick metres per game, the most of any of the halves at the club and he has three forced dropouts next to his name.

"He's got a great kicking game. We need to polish off our end sets and it will be good for us this weekend especially with the Warriors back three. To minimise their damage we need a good kicking game," added centre Kerrod Holland.

This Sunday's clash between the Dogs and the Warriors will be the first time they have met at ANZ Stadium since round 26, 2015 which resulted in a 26-20 win for Canterbury. Since 1999 the Warriors have only visited ANZ to play the Bulldogs on seven occasions. 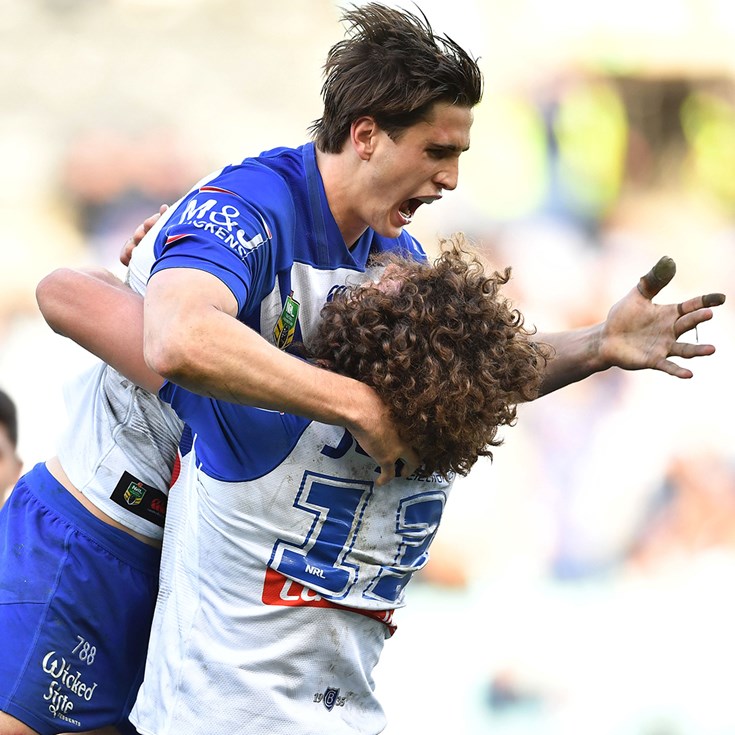 Best finishes of 2018: Lewis makes a name for himself