Local junior Lachlan Burr has been a standout for the Bulldogs Intrust Super Premiership team in 2018, following his return from a stint with the Leigh Centurions in England.

The 25-year old once again led from the front in the victory over the Blacktown Workers last weekend, starring with 203 run metres, 22 carries and 27 tackles in his 63 minutes.

This performance saw him picked in the NSWRL Intrust Super Premiership 'Team of the Week' for the second time in the space of seven days.

The Bulldogs scored against Blacktown through Mason Cerruto in the 73rd minute to secure the two-point triumph, with Josh Cleeland kicking all goals at McGrath Foundation Stadium.

Canterbury needed the win last weekend to continue their push for a top four finish and Burr stressed the importance of the victory leading in to finals.

"I think we made it hard on ourselves, but it was a good gutsy win. We had good communication and our game plan worked well in the second half. We are really pushing for a top four spot and with the competition being so tight, every win counts," said Burr.

Canterbury will return to ANZ Stadium on Sunday to face the North Sydney Bears and with this weekend's game being the second last game of the ISP season, the team is confident heading into the round 23 match.

"The boys are confident and are feeling strong. Last weekend wasn't our strongest performance as a team, but we'll learn from our mistakes and look to improve against the Bears. I'm looking forward to playing before the NRL team and hopefully we can get a win in front of our members and fans," Burr added.

The Canterbury Bankstown Bulldogs will host the North Sydney Bears this Sunday August 19 at ANZ Stadium at 11:45am. 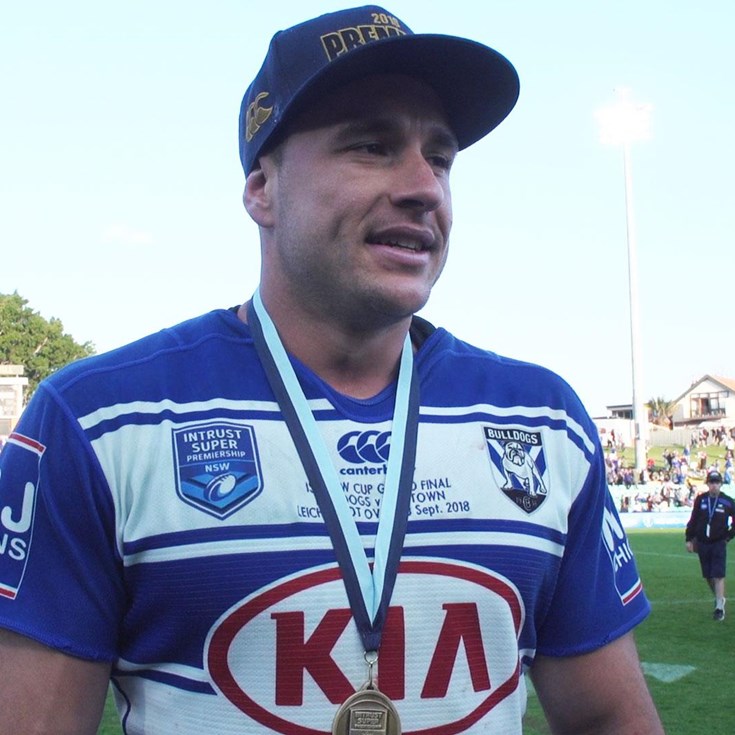