The Canterbury Bankstown Bulldogs have an impressive record against the New Zealand Warriors, with six wins from their last eight meetings.

Of those matches between the two sides, six have been decided by eight points or less, while the other two games have seen the Dogs win by margins of 12 and 14 points.

This Sunday's clash between the two teams will be the first time they have met at ANZ Stadium since round 26, 2015 which resulted in a 26-20 win for Canterbury and since 1999 the Warriors have only visited ANZ on seven occasions to play the Bulldogs.

The meetings between the two sides at the venue has seen four wins for the Dogs, two for New Zealand and a draw with the visitors victorious in 2008 and 2010.

The Bulldogs biggest win against the Warriors was back in round 26, 2004 thanks to an impressive four try performance from Matt Utai and 18 points from Hazem El Masri that led Canterbury to a 54-10 victory.

This week's match will be the 37th time the two teams have played, with Canterbury winning 20, the Warriors 14 and two draws. 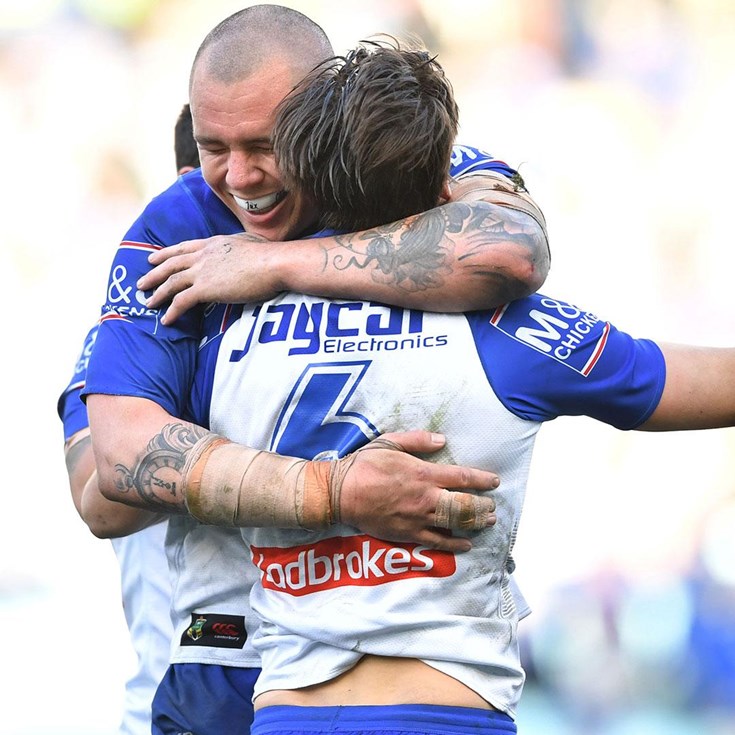 Klemmer: I'm proud of the boys

KIA Stinger of the Week: Round 23

Our push needs to improve: Morris