Dean Pay's Bulldogs haven't started the season as they would have liked, with back-to-back defeats. More concerning is conceding 66 points in the opening fortnight against the Storm and Roosters. For a club who pride themselves on their defence, this stat simply isn't good enough.

The Panthers have established themselves as the 'comeback kings' of the competition with two come-from-behind victories. No doubt they will keen for a better performance from the kick-off as they won't win every week playing catch-up footy in the second half.

In recent times the Bulldogs have struggled against the Panthers, having not defeated them since early 2016.

The selections: Jeremy Marshall-King has been given an opportunity in the Bulldogs' starting team, replacing Matt Frawley at five-eighth. How he combines with Kieran Foran will be pivotal. Nu Brown makes his first appearance of 2018 off the bench, with Aiden Tolman at lock. For Penrith, rookie Christian Crichton is set to replace injured winger Dallin Watene-Zelezniak (jaw) while Moses Leota is a straight swap for the luckless Sam McKendry, who is sidelined for the rest of the year with another ACL injury.

The key match-up: Nathan Cleary v Kieran Foran. Penrith's gun halfback has started the season in ominous touch as he continues to press his claim for a start with the NSW Blues Origin side come early June. Key off-season recruit Foran has been one of Canterbury's better players in the first two rounds, but he needs his teammates to be more committed in defence. If the match becomes an arm wrestle, Foran's experience could be the difference.

For the Bulldogs to win: Tighten up their defence. No team can win games if they spend the majority of the time adjacent to the goalposts. No doubt coach Pay will stress all week the importance of attitude when in the red zone without the ball in hand.

For the Panthers to win: Start with intensity from the kick-off. Entertaining yes, but chasing 14-point deficits won't result in happy faces every week come the full time whistle.

Bulldogs Stat Attack: Hooker Michael Lichaa is the yardstick in the competition, with 30 runs from dummy half. If he is given room around the ruck, he has the ability to run riot. Prop Aaron Woods also has seven offloads to his name.

Panthers Stat Attack: Penrith (3268m) sit behind only Manly (3278m) when it comes to run metres so far in 2018. If the Bulldogs defence tires, look for the likes of James Maloney and utility Tyrone Peachey to pile on the points.

And another thing: Friday marks the first time this season the Panthers have been on the road. The fact it is only a small bus ride to Homebush won't bother their players one bit as they strive for three successive wins.

Aispeli Fine and Kerrod Holland were dropped from the squad an hour before kick-off. Renouf Toomaga and John Olive were the dropped from the squad 24 hours before kick-off. Five-eighth Matt Frawley has been dropped with Jeremy Marshall-King called into the starting side and Nu Brown taking the bench utility role. Aiden Tolman starts at lock, pushing Adam Elliott back to the bench.

In a pair of late changes to the forward pack, James Fisher-Harris and Corey Harawira-Naera have been brought into the starting side, with James Tamou and Viliame Kikau moving back to the interchange bench. Those moves come after Christian Crichton was been brought into the starting side after it was discovered that Dallin Watene-Zelezniak broke his jaw last weekend. Moses Leota returns on the bench for Sam McKendry (ACL, season). Sione Katoa and Nick Lui-Toso were the two players to be dropped off the bench an hour before kick-off. 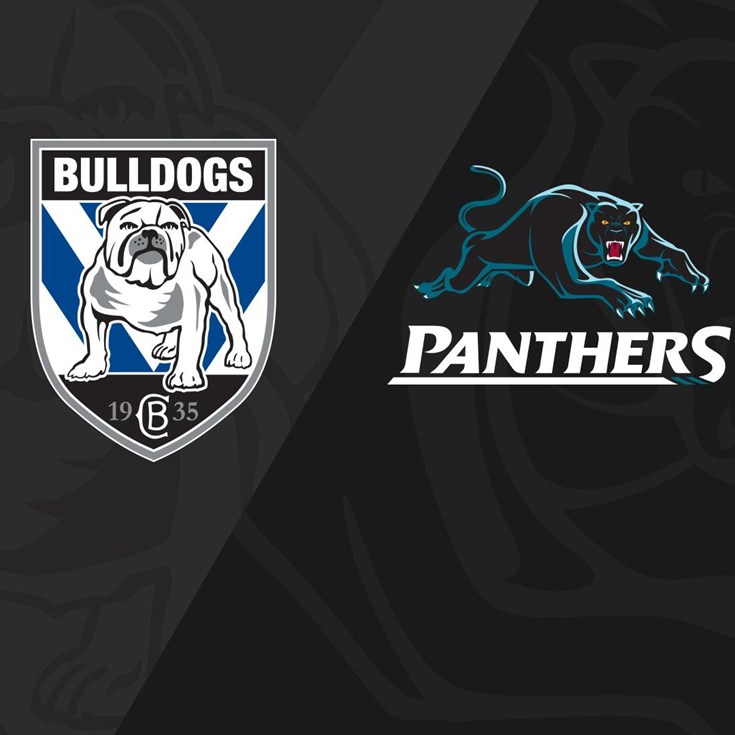 Josh Morris set for 200th game as a Bulldog