Kangaroos prop Aaron Woods is relishing starting alongside his good mate David Klemmer and insists Australia's front-row rotation has hit form in time for a World Cup semi-final showdown against a Fiji side that has "no fear".

The Bulldogs teammates have roomed and played together in NSW and Test sides for several seasons but had started together up front just once in representative football prior to this World Cup, against Scotland in the 2014 Four Nations.

"We have started in every game bar France, where we came off the bench together," Woods said.

"We have played a lot of Tests and for NSW with each other, but never had that time on the field together, so it has been something we have really enjoyed.

"Mal has been really happy with the combos of the front-rowers.

"Reagan [Campbell-Gillard] has some really good line speed and he loves the collision. Macca [Jordan McLean] is that big frame and you never see him get put on his back … except on the weekend by Josh Papalii where I think he tripped over on the way to it.

"They have really held the middle nice and tight when Dave and I come off, and when we get back on we have to keep up the momentum they have created.

"So there is a really good competition for the forwards, especially for us tights."

Woods was impressed with the fight shown by the Fijians in their 4-2 quarter-final upset of New Zealand and said the Kangaroos were ready to fight fire with fire in Brisbane on Friday night against the big Bati pack.

"We played them in a trial in Fiji in what was a very physical game and they started really fast on the weekend and blew the Kiwis off the park. They had no fear," Woods said.

"The footy they played was really good to watch and they controlled it as well. We are going to have to be really on our toes.

"We don't mind kicking early and just chasing, just keep the ball in play, go with the flow and keep them in the grind. That might make them a bit uncomfortable.

"A lot of people say it is Australia's to lose but we want to go out there and play our best week-in and week-out. We really want to win the World Cup."

Woods made his debut for the Kangaroos in 2014 after the success of the previous year's World Cup win.

There were some rocky moments early in his international career with two Four Nations losses in 2014 to New Zealand and an Anzac Test defeat the following season.

The former Wests Tigers prop is thriving under the coaching of Mal Meninga, who has instituted a deep appreciation of what it means to wear the green and gold.

"Mal has come in and has made that jersey a unique thing," Woods said.

"A lot of people talk about NSW and Queensland being the pinnacle, but if you speak to anyone here it is Australia.

"You put the green and gold on, and get that chevron, and you just want to do the best you can."

And Bulldogs fans will be hoping the on-field partnership Klemmer and Woods have forged in this World Cup will continue to bear fruit when they link up at Belmore in 2018.

"It will only be a bonus going into next year where we get to play with each other week in and week out," Woods said. 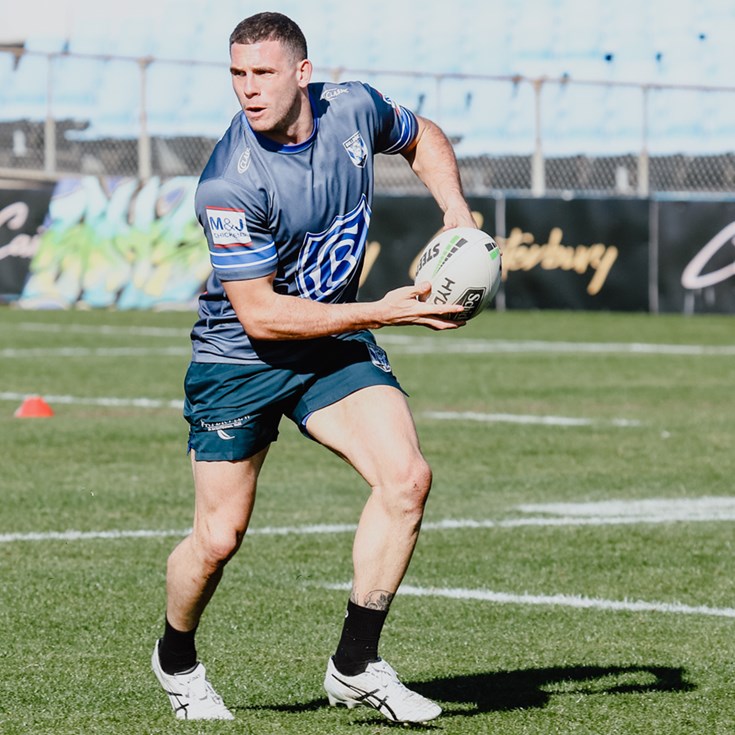 Bulldogs in the Community - 'Wise Up' Program