Bulldogs enforcer David Klemmer admits his side's slow start cost them any chance of victory in the 22-8 Telstra Premiership loss to the Raiders on Monday night.

The Bulldogs found themselves down 12-0 in as many minutes, and on the back of a 70 per cent completion rate, never got back in the contest.

It was a very different start to the one they produced against Melbourne in the first 'Back to Belmore' game last year, where they raced out to a 16-0 lead after 13 mins.

"I think our starts have to be better than that. We can't give teams 14 point head-starts and especially against big bodies like that. We've got to fix it," Klemmer told NRL.com after the game.

"Any team you give the rugby league ball to is very hard to stop. When we did have the footy we did look promising, but we have to execute a bit better and not give the ball away. That's how you lose footy games."

On a personal note, Klemmer was one of just three Canterbury forwards to run for over 100 metres, and brought noticeable energy when he came onto the field midway through the first half.

Despite the impressive numbers, Klemmer admits his side's performance simply wasn't up to scratch, and feels he and his teammates didn't do justice to the 13,463 fans in attendance.

"Every time we get to play here it's amazing, so to dish up what we did tonight is disappointing," Klemmer said.

"I feel sorry for the fans. We've got to make it up to them in the next couple of weeks and we've got to pull our heads in.

"It gets the community together and all the Bulldogs supporters going. We've got to perform better when we play at these sorts of grounds. It's disappointing that we got the loss and we've got to turn it around next Monday against Melbourne."

Next Monday's clash against the Storm will be a huge test for the Bulldogs in what shapes as a mouth-watering rematch of the 2012 NRL grand final.

The Bulldogs will head into the clash on the back of five straight wins against their 2012 conquerors with an aggregate score of 133-24.

While they've had the recent wood over the Storm, Klemmer knows the Round 6 showdown will be anything but a walk in the park.

"We know we've got to step up every time we play Melbourne because of the class outfit they've got," he said.

"They've got [Cameron] Smith and [Cooper] Cronk, and Cameron Munster is going well for them at the moment. We've got to get stuck in at training on Wednesday and we know we've got to perform well next Monday." 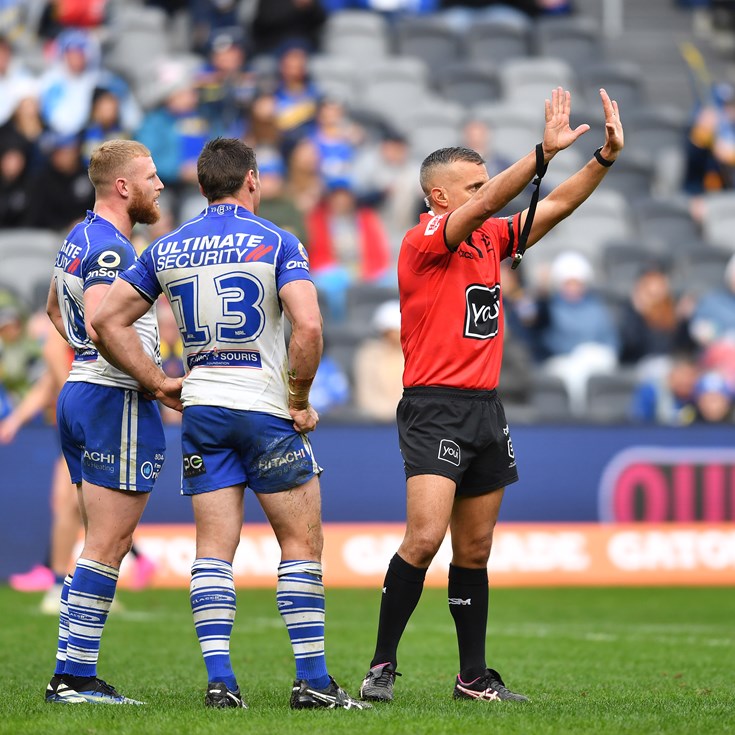