When Greg Eastwood told New Zealand coach Stephen Kearney late last year that he would be unavailable for the Kiwis' tour of the United Kingdom, the Bulldogs lock was looking at the bigger picture.

Eastwood wasn't injured. Rather he felt he was in need of a big pre-season having played past the October long weekend the past three years for New Zealand.

Bulldogs skipper James Graham, who coincidentally returned to England to play an Eastwood-less New Zealand outfit, has certainly noticed a change in attitude from the 29-year-old.

"I've been very impressed with Greg Eastwood's game. What speaks volumes is he missed the Parramatta game [a fortnight ago] and that's the only game we have lost. Read into that what you will – he's massive for us," Graham said.

"He knew this pre-season was going to be a big one, and you could see with the way he was in his conditioning. I came back in January and Greg was not where he was in years gone by.

"He was leading from the front which again is a lot of hard work. He's been a great player over a decade, but this year he's gone to that next level.

"Greg doesn't get too many write-ups in the press, but he's a hell of a player and I enjoy playing with him. The things he does in defence as well as that he's so difficult to tackle, he does a tremendous job for this football team."

Eastwood knew he needed to sacrifice last year's Tests in name of complementing the likes of Graham and Aiden Tolman this season, with the interchanges being reduced to eight.

Eastwood now is hoping to play the Kangaroos for the Kiwis on May 6 in Newcastle.

"I'm not getting any younger and I knew I had to change a few things by having a full pre-season. My diet was one of them, and I've worked hard on that," Eastwood said.

"I really wanted to have a good pre-season. I made a choice to not go [to England] last year so I could work hard and hopefully get back in the Kiwis squad later.

"That bit before Christmas wasn't easy but once I was past that and done the hard yards I felt great and I think I've benefitted from that.

"I've taken a bit of the load of 'Bupa' [Graham], 'Tols' [Tolman] and [David] Klemmer, and it's worked well so far. I just have to keep at it throughout the year."

It's the little things that are working for Eastwood so far, having produced 73.5 metres and 24.7 tackles on average in 46-minute efforts per game.

"I was playing the first 20 and now I can play the first 25, so it eases the workload for Bupa and Tols," Eastwood said.

"I spoke with Des (Bulldogs coach Des Hasler) before I started back and told him what I wanted to improve, and he's made sure I've done that. He's told me to keep doing what I'm doing and working hard at it because it's coming off." 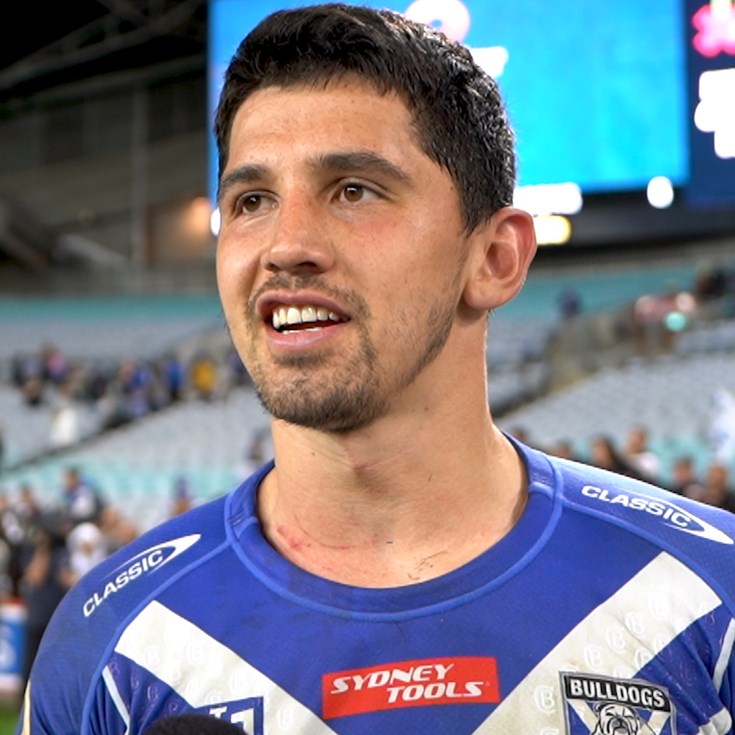