Steve Mortimer joined Canterbury in 1976 as a halfback.

The brother of Peter and Chris Mortimer, Steve started his initial season in first grade and after being relegated mid-season for Phil Young, returned to play in the Preliminary Final against Manly.

Steve was to hold the halfback position for 13 seasons. Steve's domination continued in 1982 and in 1983 he played in the Preliminary Final against Parramatta.

Steve led NSW to their first State of Origin series win in 1985. 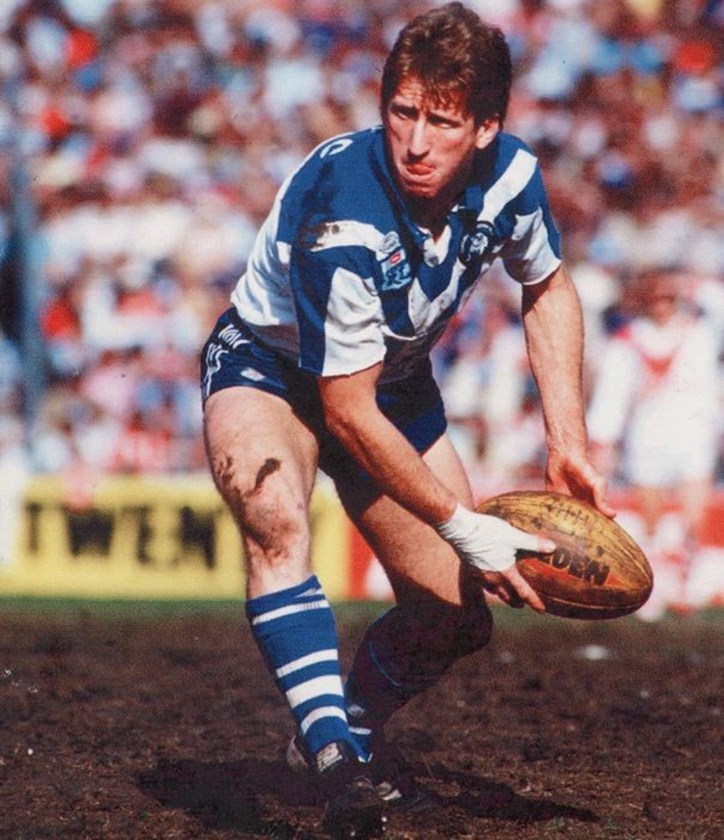 Steve led the Premiership winning teams in 1984 and 1985 and led the team in the 1986 Grand Final against Parramatta.

In 1987, Steve continued leading the team and in 1988 resigned the captaincy to Peter Tunks.

After struggling with injury and playing as a replacement, Steve returned to the starting line up but broke his arm just before the finals. 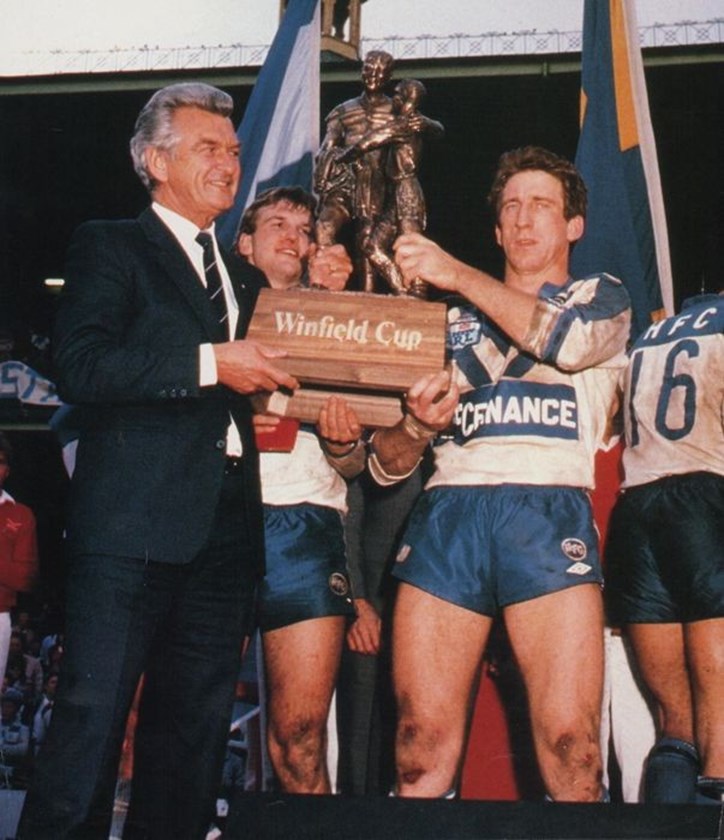 Steve played his last game for Canterbury as a replacement in the 1988 Premiership winning team against Balmain.

Steve has played the most first grade games for Canterbury and is considered to be the best halfback to play for Canterbury after being named in the Berries to Bulldogs 70 Year Team of Champions in 2004. 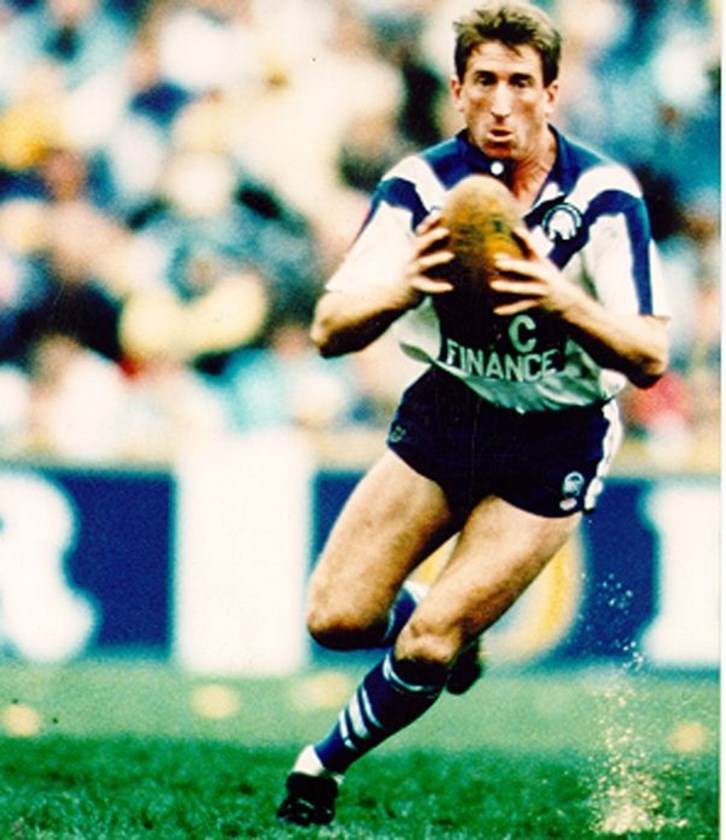 On April 1 2007, he was inducted into the Bulldogs Ring of Champions and on February 22 2008, Steve was named in the 100 Greatest Players as part of the centenary year celebrations.

Mortimer was inducted into the Bulldogs inaugural Hall of Fame in 2015 alongside Terry Lamb, Dr George Peponis, Les Johns and Eddie Burns. 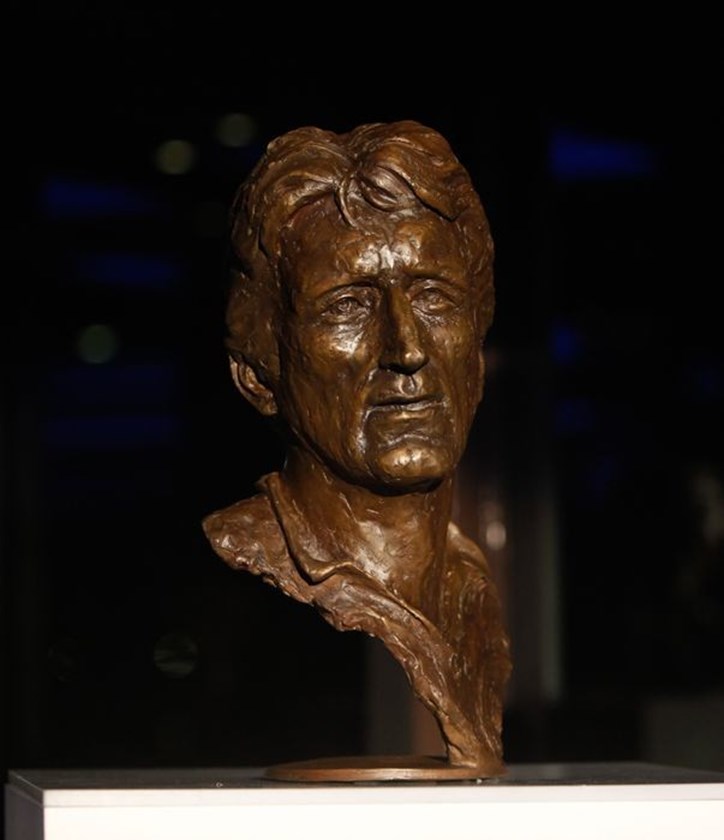