Terry joined Canterbury in 1984 to become the regular five-eight for the next 13 seasons.

Terry played for NSW and for a short period of time captained the first grade team. He captained Canterbury on 121 occasions from 1984 to 1995 which is the current record.

Terry played in the Premiership winning team against Parramatta and was the competitions leading try scorer. Terry started the 1986 playing his only reserve grade game but went on to be the competitions leading point scorer and played in the Grand Final against Parramatta.

Terry was selected on the Kangaroo tour and played in every game of the tour.

In 1987, Terry was the competitions leading try scorer and in 1988, played in the Premiership winning team against Balmain.

Terry continued in 1989 and 1990 as a regular first grade player and by 1990 was appointed captain. He would be captain for the next five seasons. Terry became the first Canterbury player to score 100 first grade tries in 1993 and played in the Preliminary Final against Brisbane.

In 1994, Terry missed half of the season due to a broken arm but returned to lead the team to the Grand Final against Canberra.

In 1995, Terry's leadership played an important role during the unstable season. He led the Premiership winning team against Manly. Terry returned for one more season in 1996 to close his playing career.

In 2004, Terry was named captain and five-eight of the Berries to Bulldogs 70 Year Team of Champions and is ranked alongside Steve Mortimer and Les Johns as the club's greatest player. On April 1 2007, he was inducted into the Bulldogs Ring of Champions and on February 22 2008, Terry was named in the 100 Greatest Players as part of the centenary year celebrations.

Lamb was inducted into the Bulldogs inaugural Hall of Fame in 2015 alongside Steve Mortimer, Dr George Peponis, Les Johns and Eddie Burns. 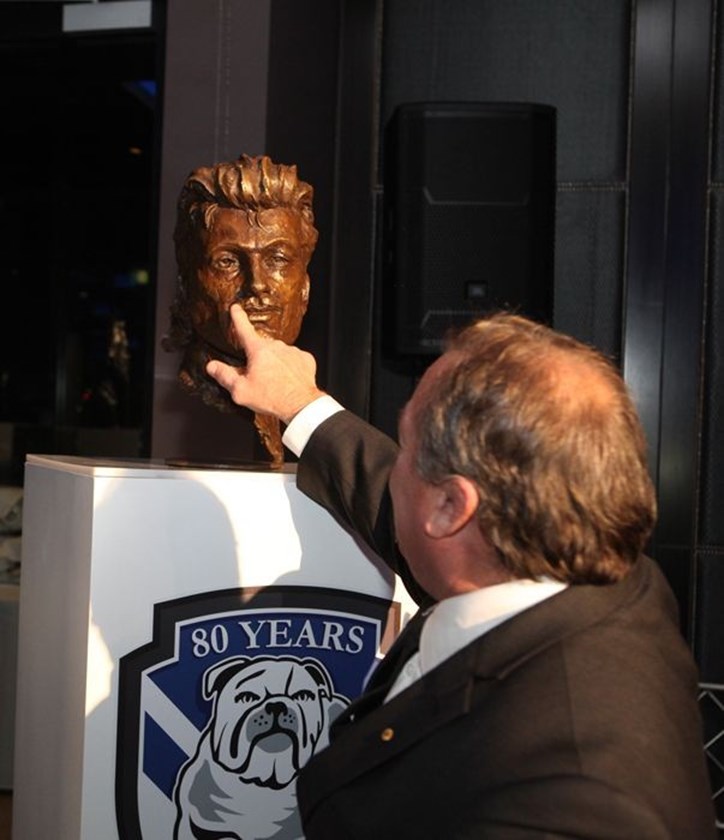