Sounder play and the adoption of the correct tactics for the day enabled Canterbury-Bankstown to beat St George by 11 points to 9 in the Rugby League grand final at the Sydney Cricket Ground on Saturday afternoon.

Taking everything into consideration, including the muddy ground with a treacherous patch in the centre, it was a match worthy of the occasion, and thoroughly enjoyed by a crowd of around 28,000. 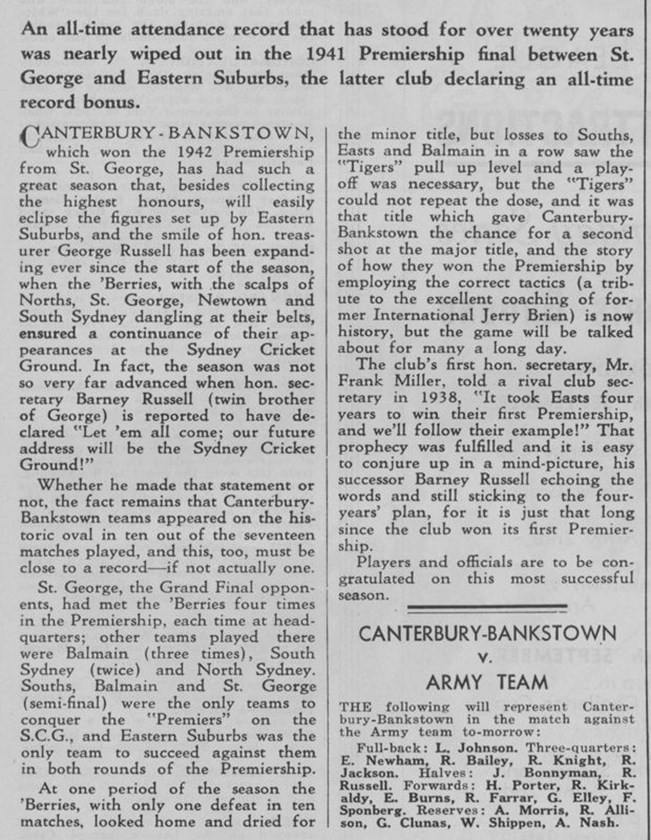 The evenness of the teams kept the crowd in a fever of excitement until the final whistle.

Canterbury-Bankstown's defence at one period of the game surpassed anything seen in football this season. For fully 10 minutes St George hurled themselves at the line in an endeavour to break through. They were never more than eight yards from the line, but could not break through.

The ovation for the defenders was deserved.

It was quickly obvious that Canterbury-Bankstown tactics were to keep the game in its forwards and away from the St George backs.

Each forward played his part. Roy Kirkaldy was a comparative idler in the rucks sometimes, but he won the vital scrums. Bob Farrar, Frank Sponberg and Henry Porter were tireless, Porter surprisingly by his handling and kicking skill on some occasions. 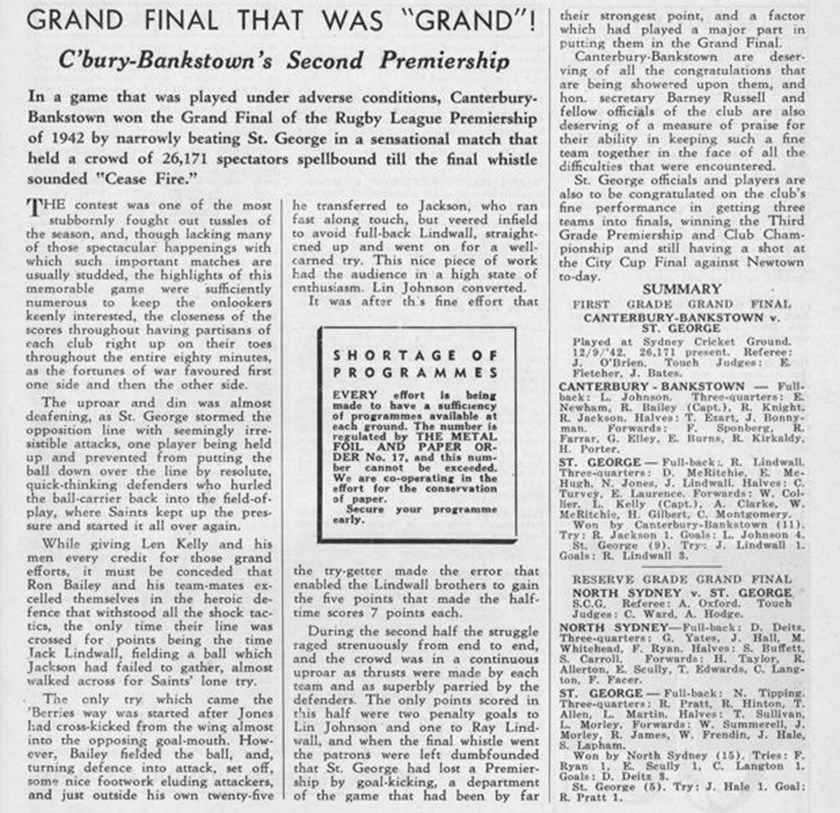 Bob Jackson distinguished himself by a magnificent try made possible by a resolute and tricky run, after a movement started by Ron Bailey, who again revealed the form of a first-class player...

The two teams were: