Following our calls for Bulldogs members and fans to #bringthebeats in Round 17, you answered by bringing an electric atmosphere to ANZ Stadium on Friday night. Official Game Day Partner Rashays Pizza, Pasta & Grill also got into the spirit offering all Bulldogs Members a Free Pizza as part of their Facebook Competition.

The Bulldogs again ran our Seat Upgrade, Bomb Competition and Scan the Crowd competitions which were also powered by Rashays Pizza, Pasta & Grill .

The sound of drums could be heard from the Kennel right around the stadium with amazing performances from Zaffet Lebnen who performed in the lead up and during the match! Back by popular demand and to continue the #bringthebeats theme, The Party Crashers Australia brought some amazing tracks to ANZ Stadium playing on the field and also crashing the Members after party in Club 18.

With experience and skill that ranges from break dancing, DJ'ing, MC'ing, drumming and percussion and Live performances around Australia, the Party Crashers are a show not to miss!

You can check out what the Party Crashers are up to on their Facebook page HERE. The Sapphires also got into the festival atmosphere, bringing some colour to the faces of plenty of fans as well as posing for photos at the Sapphires Photo Booth. Several of the Sapphires and player's partners also pulled on their running shoes for Suicide Prevention Australia, participating in the Plebs, Pros & Personalities treadmill run during the game to pledge their support to this great cause. 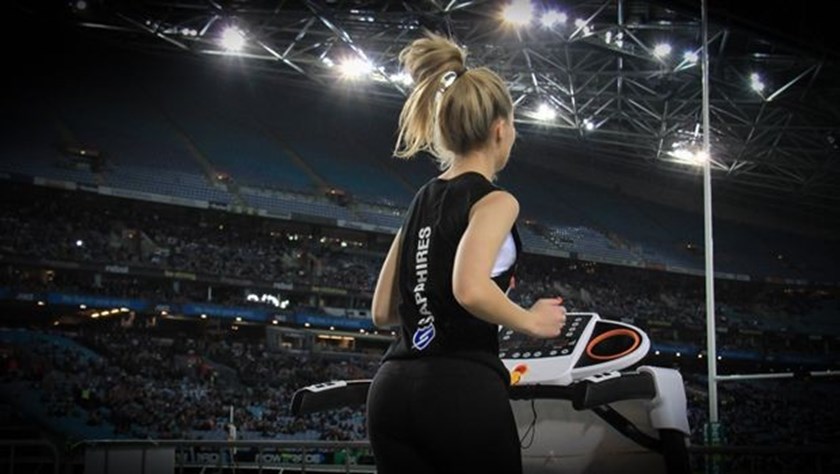 Canterbury-Bankstown Bulldogs Chairman Ray Dib and Chief Executive Raelene Castle were extremely proud to present Suicide Prevention Australia with a cheque for $15,000 on behalf of the Leagues Club and Football Club. In addition to this extremely generous donation, Bulldogs Members and Fans also donated just shy of $3000 dollars through bucket collections throughout the evening. 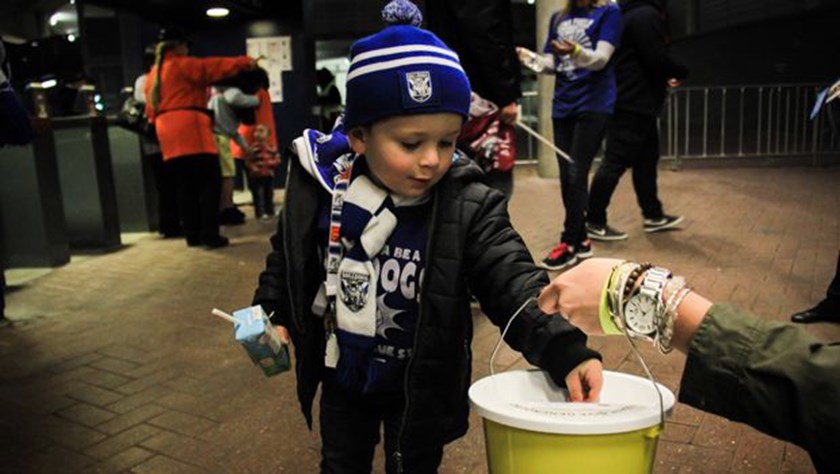 Suicide Prevention Australia supports communities and organisations throughout Australia, and promotes collaboration and partnerships in suicide and self-harm prevention, intervention and post-vention.

You can read more about Suicide Prevention Australia’s 24 Hour Treadmill Run and how the Bulldogs got involved HERE.

Ex-Bulldog Phil Sigsworth joined the crew on field to present the 18 jersey.

This week’s 18 Jersey recipient was Emile El-Azar. Emile is a Kennel member and has supported the Club for as long as he can remember.

This week’s Rookie of the week was John Johnson.

John has been a supporter of the Bulldogs for decades however for the first time this year, decided to sign his family up as members of our great Club and couldn’t be happier.

If you would like to nominate someone for the 18 Member or Rookie of the week click HERE.

The Bulldogs Side was lead out by the one and only Alfio ‘Brave Dog’ Suto & Luke Gomboso who won the Bulldogs #PROUDTOBEABULLDOG social competition.

Bravedog brought all the passion from Edinburgh to ANZ Stadium striking fear into the hearts of the Manly players as they ran onto the field. The Bulldogs and Manly were playing for the Bullfrog Arko Cup on Friday night in Honour of the Late Peter ‘Bullfrog’ Moore and Ken ‘Arko’ Arthurson - the Bulldogs were the eventual winners rising to equal top with Manly and raising the trophy in honour of Peter Moore. 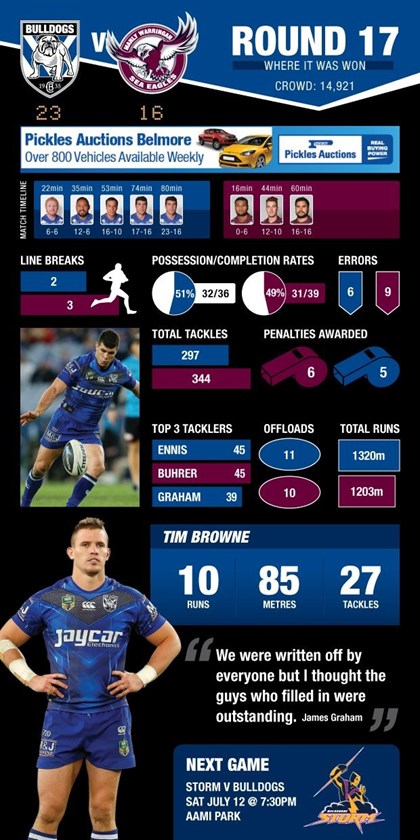 David Klemmer and Tim Browne celebrated the win in Club 18 with Bulldogs Members after the match and managed to take yet another post-match Selfie!

Presented by
14 mins ago