This event concept is a fun challenge, teams of Celebrities, athletes, personalities and the general public working together to keep 7 treadmills running for a 24 hour period. The general feeling throughout this period was an optimistic one of great mateship and support. The reasoning behind the event itself however comes with a far more serious undertone.

The event itself raises funds for Suicide Prevention Australia, the national peak body for the suicide prevention sector in Australia. Suicide is mostly preventable yet it is now the leading cause of death for both Australian males and females aged 15-44 years.

With these sorts of statistics it’s no wonder the support for this event was so overwhelming. 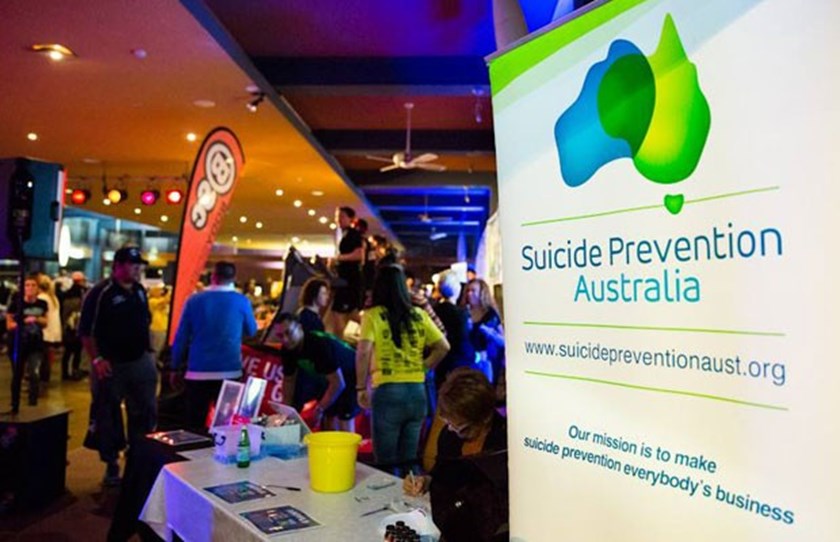 The Bulldogs made a significant contribution donating $15 000 to the cause as well as lending players, staff and ambassador squad The Sapphires to keep the treadmills running, volunteer in the lead up and on the day as well as be there to cheer on all the rest of the participants pumping out the kilometres on the treadmills.

One of the key players behind the concept and execution of this event was the Bulldogs own Reni Maitua who expressed hug gratitude to the Bulldogs for their support,

“The event was extremely close to my heart, I’ve lost six people close to me to suicide, one being my older brother.

Being a sufferer of mental health and receiving overwhelming support during that period of my life, I felt that giving back to the community, educating and raising awareness was something that I had to do.

For the Club that I love and owe so much, to get behind the cause and support something I was passionate about brought me to tears. It just proves the Bulldogs really are a family Club.

For the staff and players to give up their free time to come and be involved was something I will always be grateful for, not to mention the $15,000 they also donated. Absolutely amazing support”

The Sapphires were also really excited to support this cause, with Darcie, Dom, Renee, Lauren, Regan & Madi all coming along to do their share on the treadmills.

Dom was particularly proud to be a part of the event;

“Everyone was in such high spirits and excited to be there. It was clear the so many people have a heartfelt dedication to this cause.

To be able to represent the Bulldogs at this important event was really special, knowing that we could show our passion for the cause as a team and to help raise awareness for Suicide Prevention Australia.” Following the success of this event we will be running a replica event at the upcoming game against Manly on Friday 4th July (kick off 7.45pm) with three treadmills running for the duration of the game.

You can support the runners by donating to Suicide Prevention Australia at http://ppp4spa.gofundraise.com.au/

Brent Naden to link up with the Tigers

Round 11 Team News: Averillo and Topine return for the Bulldogs against the Tigers

Presented by
5 hours ago