The Canterbury-Bankstown Bulldogs will face off against the Gold Coast Titans this Monday, 6:00PM AEST in their rescheduled home Round 20 fixture at Suncorp Stadium.

The Bulldogs have been unfortunate not to come away with a victory in the last month. Trent Barrett's men have put in competitive performances, and at times dominated their opposition, over sustained periods throughout several matches.

Justin Holbrook and the Titans will pencil in this weekend's clash as a defining moment in their charge towards the 2021 NRL Premiership Finals. Gold Coast have not featured in the finals since 2016, with many fans expecting their side to go deep into September based on the number of high profile recruits the club signed in the off-season.

Bulldogs: Dylan Napa will replace Luke Thompson in the front row after the Englishman was charge at judiciary last week. Kyle Flanagan has been recalled to replace Lachlan Lewis, whilst Adam Elliott makes a welcome return to the line-up after recovering from a fractured cheekbone.

Titans: Jamal Fogarty is a chance of being a late inclusion after the halfback was named on the extended bench. Other changes see Esan Marsters replace Patrick Herbert in the centres and forward David Fifita brought back into the starting side.

Corey Waddell v Kevin Proctor: Waddell has been a constant feature on the Bulldog's left edge in 2021. Recruited to Belmore in the off-season, the second rower has built a formidable defensive foundation within the forward pack, often featuring at a high level in the tackle count on game day.

Proctor has rejuvenated his playing career in the last 18 months under Holbrook. With no contract lined up towards the end of 2020, the Titans offered a contract extension to the New Zealand International, which he has repaid with consistent performances in 2021.

Bulldog's forward Waddell has averaged 79 running metres in his 16 appearances this season. Averaging 33 tackles per match with a tackle efficiency of 93%, expect Waddell to feature heavily this weekend against the Titans.

Proctor has repaid the faith this season with 6 tries and 4 linebreaks to his name. The Titans captain is expected to lead from the front in the defensive line, with an average of 31 tackles for the year.

The Canterbury-Bankstown Bulldogs host the Gold Coast Titans at Suncorp Stadium this Monday evening kicking off at 6:00PM AEST. 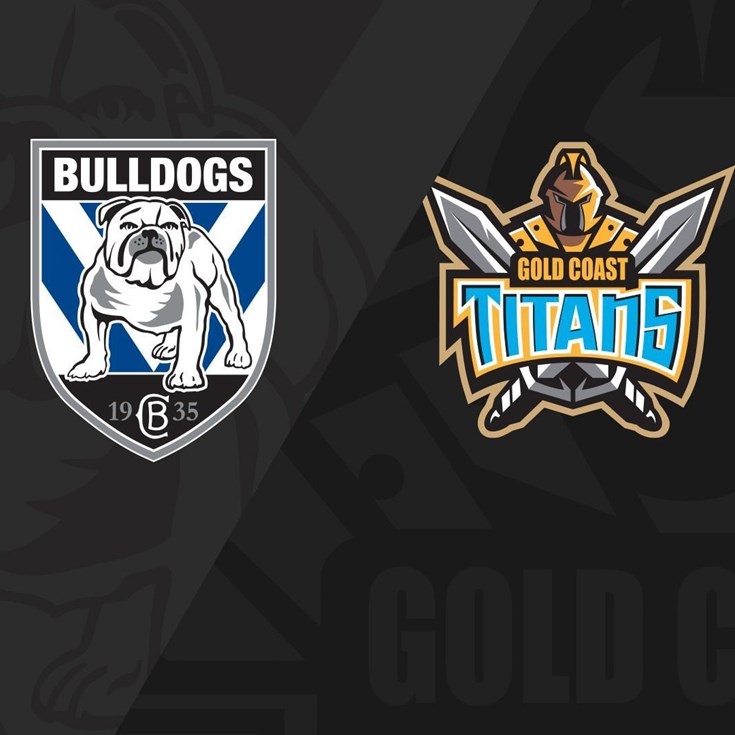