Canterbury-Bankstown's Jersey Flegg side have notched up a 22-12 win over the Penrith Panthers in Round 12 at BlueBet Stadium.

The young pups got off to the perfect start when fullback Khaled Rajab went over for the Belmore side 6-0 up after 8 minutes. The youngster stepping up from SG Ball Cup after making his first Jersey Flegg appearance last weekend against the Roosters.

Penrith evened up the scores midway through the first half when centre Elone Taufa touched down towards the Howell Oval end.

Bulldog's five-eighth Bailey Biondi-Odo stole the lead shortly before halftime when he danced his way over to hit the front 12-6 at the main break.

Diego Bravo-Graham broke through for the blue and white in the 50th minute to increase the Bulldog's lead to 16-6.

With minimal possession, the home mounted a mini comeback when Taufa grabbed his second of the afternoon. Niwhai Puru converting out wide to give the Panthers a sniff to trail 16-12 with 6 minutes remaining.

It was not enough in the end, with Bailey Hayward muscling his way through the Penrith defence to clinch a 22-12 win over the Panthers at BlueBet Stadium in Round 12 of the 2021 NSW Jersey Flegg Cup. 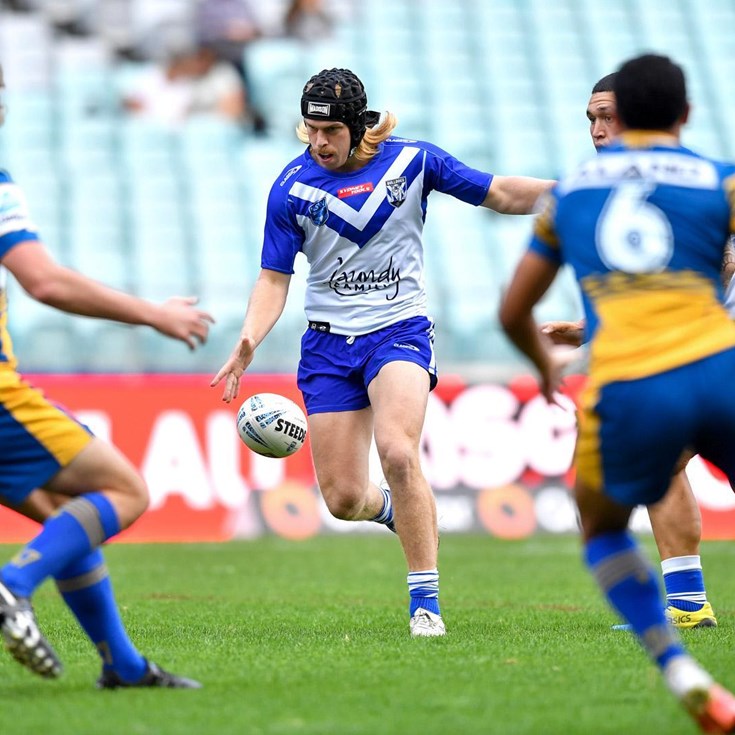