As part of a series of fresh looks at the grand finals of yesteryear, NRL.com revisits the 1995 decider between hot favourites Manly and sentimental favourites Canterbury.

The Manly team of the mid-90s was as dominant of any club side of the past 30 years, making the preliminary final in 1993 and '94 and making three straight grand finals between 1995-97 after finishing minor premiers in each of those three years.

Coached by rugby league Immortal Bob Fulton and boasting an array of talent the envy of the league, Manly will undoubtedly reflect on the 90s and think they should have more than just one premiership to show for their efforts.

After losing just two games all season in 1995 they edged past Cronulla 24-20 in week one of the finals and then Newcastle 12-4 in the prelim final to set up a clash with the Bulldogs, who had survived three sudden-death finals to make the big dance at the SFS.

With Geoff Toovey and Cliff Lyons calling the shots and Mark Carroll, Ian Roberts and David Gillespie leading the way up front, Manly were expected to be too strong but Canterbury's spiritual leader Terry Lamb had other ideas.

After a big loss to Canberra in the 1994 grand final, Lamb had vowed to make amends for his team-mates and the Bulldogs faithful the following year and he made good on that promise.

Although the day didn't start well for Lamb when he was sent to the sin by referee Eddie Ward in just the sixth minute for a cynical foul on Matthew Ridge and the Eagles No.1 landed the penalty goal for 2-0.

Bulldogs sharpshooter Daryl Halligan levelled the scores in the 18th minute with a penalty goal before crafty lock Jim Dymock produced a pearler of an offload to Simon Gillies who found Steve Price for the game's opening try two minutes later.

Ridge cut the margin to 6-4 with a second penalty goal and that's how the teams went to the break in a tight tussle.

A try to Glen Hughes and a field goal to Lamb gave the Bulldogs some breathing space at 11-4 before fullback Rod Silva iced the win with three minutes to play.

NRL.com has gone into the vault to find footage of the grand finals from the pre-NRL era dating back to 1966 and will be showcasing these games, including a full replay, match highlights and great moments from these memorable encounters.

The Bulldogs' second try on the hour mark was an absolute beauty, finished off by replacement Glen Hughes with his first touch of the ball after a sweeping raid down the right side had the Manly defence at sixes and sevens.

Centre Matt Ryan beat four tackles and was dragged down a metre out before the ball was thrown long out of dummy half by Terry Lamb to Jim Dymock to Rod Silva to Dean Pay, who did a sensational job for a prop to fire a 20-metre pass out to Hughes, who picked up the bouncing ball to score.

Halligan missed the conversion from wide out which kept Manly in the game but such was the Bulldogs' confidence after three great wins on the bounce that they tackled relentlessly to hold the minor premiers at bay.

Jim Dymock had moved to Belmore in 1993 after cutting his teeth at Western Suburbs and had become an integral member of Chris Anderson's side.

A ball-playing lock who could also whack in defence, Dymock took home the Clive Churchill Medal and two weeks later made his Test debut against England at the World Cup.

By the end of October he had played in a winning World Cup side and the following year would make his Origin debut for the Blues.

Silva secures the win for the Bulldogs

"From day one of grand final week, Chris Anderson was absolutely convinced that his team was going to win, they were so focused." - Respected league historian and author Gary Lester in 'Dogs of War'.

There seems little doubt that Jim Dymock's pass to Simon Gillies in the lead-up to Canterbury's first try was forward and should have been called back.

Take nothing away from the follow-up work by Gillies and the awareness of 21-year-old Price to be trailing through but if the try had been disallowed it would have changed the complexion of the decider.

"It's a mile forward for mine," was how Peter Sterling summed it up in commentary.

On paper, the Sea Eagles looked to have the edge in the forwards but grand finals aren't won on paper, they are won on ticker, and that's where Darren Britt and Simon Gillies come to the fore.

Britt and Gillies were a throwback to Canterbury's "Dogs of War" days from the 80s and refused to yield when Carroll, Roberts and Gillespie looked to take control.

Gillies was on hand to take a pass from Dymock and then find Price for the first try while Britt was in the thick of the action all day.

Gillies would go on to captain the club in 1996-97 before moving to England in 1999 and playing for Warrington.

The Sea Eagles again finished minor premiers and made amends for the disappointment of 1995 by downing St George 20-8 in the grand final.

Canterbury won just 11 games in '96 and slumped to 10th on the ladder before rebounding in '97 to make the preliminary final and then the grand final again in 1998. 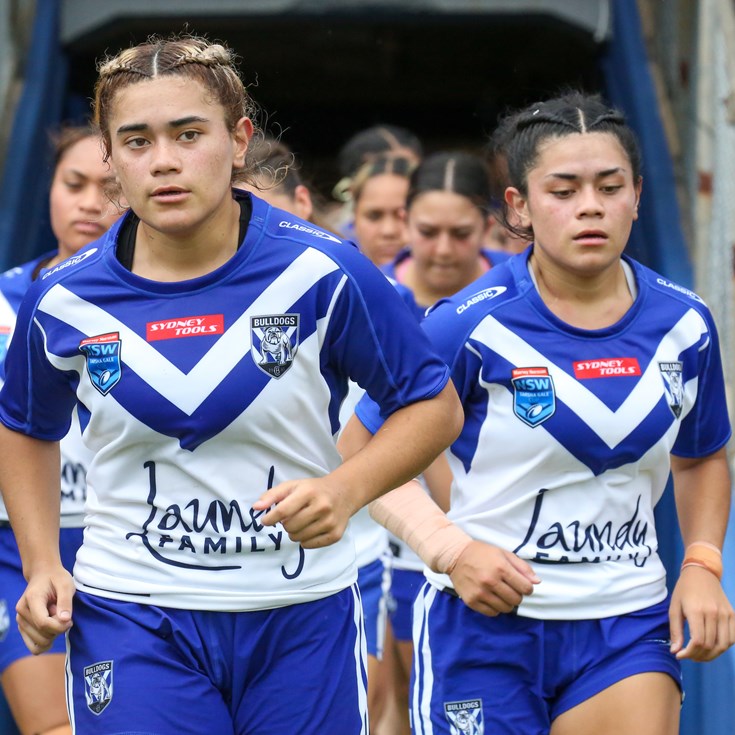