Talented local junior Jake Averillo has continued the trend of positive news for Bulldogs Members and fans by extending his contract with the club by a further two years, keeping him at Belmore until the end of the 2023 season.

The talented 20 year-old back made his NRL debut last season and showed his versatility by playing in the centres, on the wing and in the halves at various times.

A product of the Bankstown Sports/Moorebank Rams clubs, Averillo played in thirteen NRL matches last season, scoring three tries and kicking twelve goals and impressed all judges with his footwork and speed off the mark. His performances earned him the Bulldogs Rookie of the Year for 2020.

Bulldogs Chief Executive Andrew Hill was delighted to be able to keep the talented local junior at Belmore:

"Jake has shown during his first season at Belmore that he has the talent and versatility to be an excellent player for this club for a long time to come.

His progression through the local junior competition and then through our lower grades is a great example of what we are trying to achieve as a development club and we think that he will benefit enormously from working under Trent Barrett.

We believe that with recent signings we are creating the opportunity for a new beginning here at Belmore leading into next season and Jake will be a major part of that." 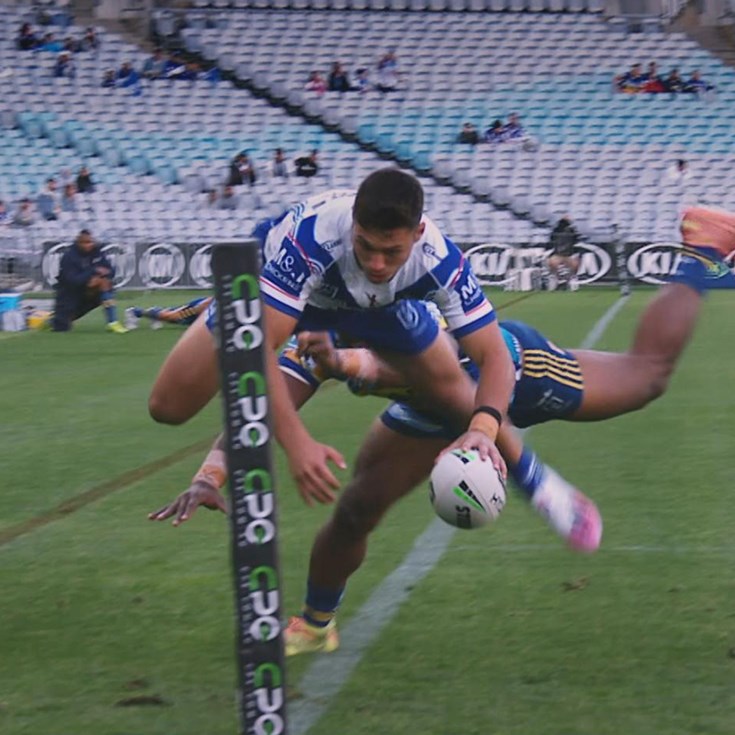