This weekend the Canterbury-Bankstown Bulldogs will say thanks and farewell to eight players at the club’s final home game of the 2020 season with Aiden Tolman, Kieran Foran, Marcelo Montoya, Kerrod Holland, Jack Cogger, Sauaso Sue, Tim Lafai and Isaiah Tass all leaving the Bulldogs at season’s end.

Comprising a rookie from Mackay to a 10-year stalwart, all eight players have made an enormous contribution to the club, both on and off the field.

Isaiah Tass arrived at arrived at Belmore mid-way through the 2018 season. The outside back featured in both the Jersey Flegg and Canterbury Cup sides throughout the 2019 season. He made 19 appearances for the under 20s side, scoring 12 tries, with 57 tackle breaks, 16 line-breaks and averaging 124 running metres per game. Four games were spent with the reserve grade team, where Isaiah scored four tries from as many appearances and averaged 100 running metres. He was also a member of the club’s 2020 NRL Nines team.

Tim Lafai returned to Belmore from the Dragons midway through the 2020 season. He made his NRL debut for the club in 2011 and has gone on to play 79 NRL games for the Bulldogs. He has also featured in five matches this year, scoring on two occasions.

Jack Cogger played 21 games for the club during his two seasons at Belmore. The young half scored three tries, averaged 241 kicking metres per game and delivered 5 try assists. He was also a member of the club’s 2020 NRL Nines team.

Sauaso Sue has played 25 games for the club across two seasons. In his first year, the hard running forward’s season was cut short due to an ACL injury, but he has done a wonderful job in 2020 to get back onto the field and provide plenty of impact from the bench. In addition he scored a try during the  clash with the Storm at Belmore in 2019.

Kerrod Holland arrived at Belmore in 2016 from the Newcastle Knights. He made his NRL debut at the age of 23 against the Penrith Panthers in his first season at the club, kicking a match-winning goal on fulltime. He capped his debut year by taking home the Steve Mortimer Rookie of the Year award. A Singleton Greyhound junior, he has worn the blue and white jersey on 70 occasions and has scored 20 tries across five seasons. An impressive goal-kicker with a 78% conversion rate, he has also provided plenty of versatility having spent time in the centres, wing and the dummy half positions.

Marcelo Montoya, a local junior from the Bankstown Bulls, progressed through the club’s Pathways programs since the age of 15, on his way to the NRL. The Fijian International made his NRL debut in round three of the 2017 season, scoring an impressive try against the Warriors. He scored 12 tries from his first 19 appearances in first grade and claimed the club’s Steve Mortimer Rookie of the Year award that season. Since his debut, he has played 54 NRL games, scored 19 tries, made 25-line breaks, averaged 105 running metres per game and represented Fiji on nine occasions.

Kieran Foran has spent three seasons in the blue and white playing 40 games for the club since 2018. As an accomplished half he has provided great insight and knowledge to the likes of Lachlan Lewis and Brandon Wakeham during his time at Belmore. He has scored eight tries, delivered 23 try assists with 12 coming from season 2020 and has forced 16 goal line dropouts. He also played his 200th NRL match earlier in the year against the Dragons in round four.

Aiden Tolman arrived at Belmore as a young 21-year old prop forward from the Melbourne Storm with 53 NRL games next to his name and he leaves the Bulldogs, a father of three, a 10-year player at Canterbury and with 276 appearances in the NRL. A leader on and off the field, who’s game is built on the little things, he is loved by his teammates, coaches and everyone involved in the club. Tolman is a part of history at Canterbury as he is one of only 13 players to have played over 200 games for the club since 1935. He will this weekend go past Steve Price (222) and become the 7th most capped player in the club’s history. Since 2011 the Kempsey product has made over 7800 tackles and run for over 29,000 metres. He has also scored 10 tries in 10 years, claimed three Dr George Peponis Bulldogs Player of the Year awards, two Coaches Awards and one Clubman of the Year across his 10 seasons. A family man who has inspired the next generation of forwards with his work ethic, selflessness and toughness during his wonderful career at the Bulldogs.

Everyone at the Canterbury-Bankstown Bulldogs would like to wish the eight players all the best for the future and thank them for their contribution and the impact they have made at the club. 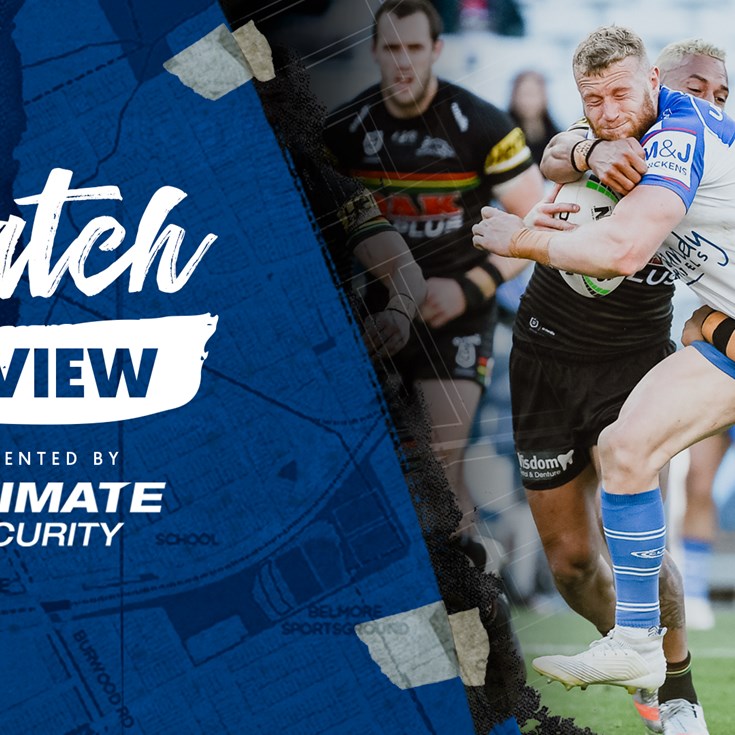