After starring in Thursday's upset win over the Rabbitohs, Bulldogs utility Jake Averillo is hoping to force his way into the starting five-eighth role full-time.

With Kieran Foran out injured and Lachlan Lewis forced off early with a head knock, the fill-in five-eighth found himself controlling the team.

The rookie was not overawed and played a huge role in the 26-16 win that lifted them off the foot of the Telstra Premiership ladder – despite playing the entire match with a strained quadriceps muscle.

The strain got worse as the game progressed and hampered his running game but the 20-year-old refused to come from the field – although he did eventually have to hand over goal-kicking duties to Brandon Wakeham.

"I strained my quad [on Wednesday] doing some goal kicking after training," Averillo told NRL.com.

"It pulled through the warm-up but felt a bit tight. I got through the game, I had to play the whole 80 minutes. My running, obviously it took that away from me a bit but I had to step up and control the team, especially with Lachlan off the field.

"I had to steer the team around the park and get us those two points."

Despite the injury he nailed not just an early penalty goal from in front but a touchline conversion soon after, finishing with four goals from four attempts.

"Mentally I had to push through that barrier and do my job for the team," he added.

"We didn't have many options there because Wakes wasn't on the field yet so I had to push through and turn those four points into six points.

"I knew I had to step up and be the general on the field, steer the boys around the park, be loud and direct. I thought Wakes really stepped up too with his kicking game."

It's been a topsy-turvy year for Averillo, becoming the first player to make his NRL debut in front of a completely empty stadium in round two due to COVID restrictions before the competition was put on hiatus a week later.

He has since been shuffled between centre, wing, bench and the reserves before finally getting a start in his preferred spot of five-eighth in rounds 18 and 19 and was one of his team's best in each game.

With Foran leaving the club and new signing Blake Green set to miss at least the early rounds recovering from a knee reconstruction, there is a real chance for Averillo to push for that No.6 jersey next season under incoming coach Trent Barrett.

"I know if I prep well during the week, no matter what's happening around me I can put in good performances on the field, make a name for myself and hopefully push towards the starting team next year," he said.

"I definitely wanted to show myself and worked on that six role the last couple of games.

"Hopefully Trent sees that and I can put my head down and work hard in the pre-season, progress my game at five-eighth and hopefully get a run at the start of the season next year.

"I definitely think I'm more value in the spine, halves and fullback, get my hands on the ball a bit more. I think I'm more useful to the team there.

"I played most of my juniors at six as a running five-eighth, that's where I play my best footy." 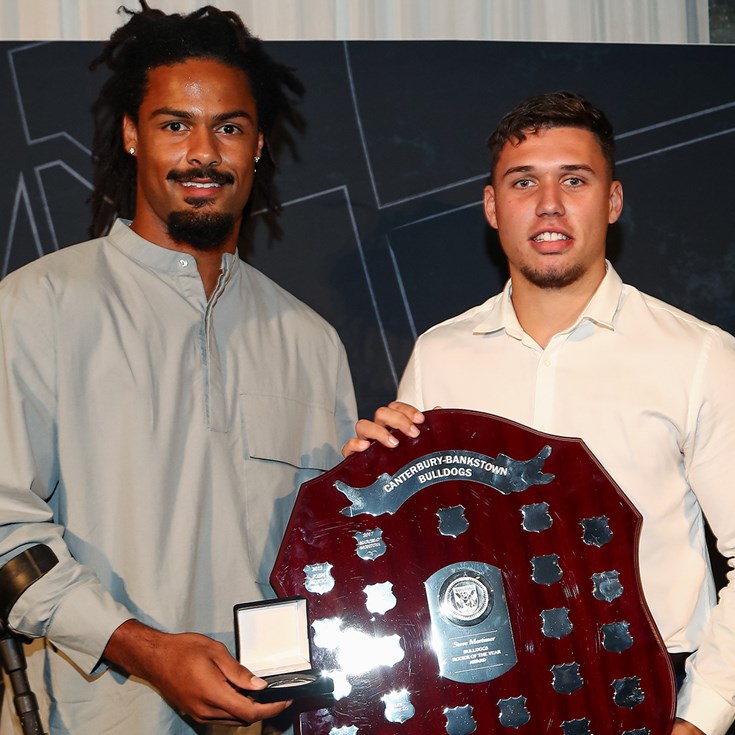 2020 Rookie of the Year: Jake Averillo