While he's proud of Thursday night's win over South Sydney, proud captain Josh Jackson would love for the Bulldogs to finish with an even bigger effort against ladder leaders Penrith in the final round.

The blue and whites lifted themselves off the foot of the ladder with a gritty 26-16 win over the Bunnies in their skipper's 200th NRL match and Jackson was hoping for a similarly big effort in their last match of the year at ANZ Stadium next Saturday.

"It's been a special week," Jackson said.

"The club's made it really special for me, and all the boys. It's not just a great win for the milestone, it's a really good result for the club, I'm really happy.

"We were able to go out there and get a really tough win against a really good side. We've obviously been struggling a fair bit throughout the year.

"There were some really tough periods in that second half, Souths had a fair chunk of the footy on our try line but the boys kept turning up.

"There were probably some times Souths deserved to score but some really good last ditch efforts from some of the boys. That's a resilience thing and something I think the club was built on. I'm really happy with that."

Jackson admitted the mental mindset to hold on in tough periods probably hadn't been there when it had been required for much of the year but was glad to see it emerge in time to potentially avoid the wooden spoon.

"We've had a fair few games where we've been leading at half-time or leading throughout the game and the opposition's come back and scored a try," he added.

"One try leads to two or three, they seem to come in blocks like that.

"There were some really nervous signs where they scored two just before half-time and just after the start of the second half and it was a similar situation. That's the most pleasing thing, we were in that moment again and came up with some really good plays.

"I think everyone contributed really well. Our bench was fantastic, they brought a lot of energy, there wasn't a bad player on the field."

Jackson knows most fans won't give them a chance of upsetting the likely minor premiers but wants the team to repay fans with one more big performance.

"What I do know is we want to go out there next week, we've got a tough game against Penrith who are on a bit of a hot streak at the moment obviously and we want to get another win for the same reasons – for the club and for the supporters," he said.

"We want to finish the year on a little bit of a positive note.

"There are some really exciting signs coming through, Trent [Barrett] is a great coach. It's been pretty well documented what he's done for Penrith and their attack and that's something we've probably struggled with over the last couple of years.

"It's exciting times ahead for Bulldogs supporters I think." 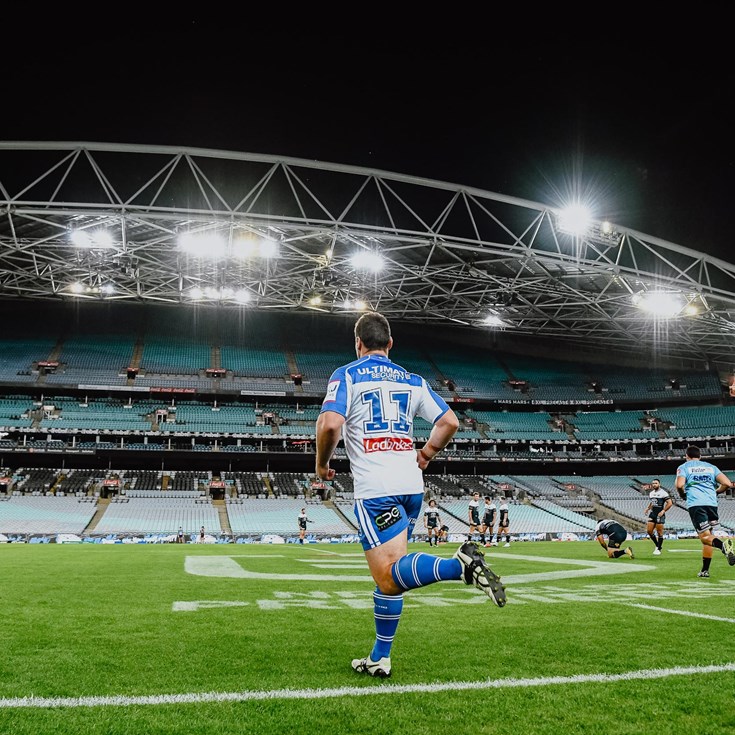