Foran made his debut for the Manly Sea Eagles in round 15 of the 2009 season against the Canberra Raiders, scoring a try.

His 199 appearances ahead of the weekend come from time spent with Manly, Parramatta, the Warriors and Canterbury.

The 30-year old has appeared in two grand finals, winning the 2011 premiership with the Sea Eagles, in addition to 22 appearances for New Zealand and the NRL All Stars on two occasions.

A brilliant playmaker and one of the toughest halves to take to the field over the past decade, Foran has experienced plenty of setbacks throughout his career, but his dedication and attitude to continue to fight back and prove people wrong has stood out.

His commitment to training and desire to improve his game has been a strong point throughout his time at Canterbury, as well as being a valuable asset for the next generation of halves.

On Monday afternoon, Kieran will have a spring in his step as he prepares for game 200 and a return to the field for the first time in 2020.

Look back at Kieran Foran’s journey to game 200.

Round 15, 2009: Foran makes his NRL debut for the Manly Sea Eagles as an 18-year old against the Canberra Raiders in jersey 19, scoring a try and guiding Manly to a 20-14 win over the Green Machine. He finishes his first season with six tries from nine first-grade outings.

Four Nations 2009: Foran lands a spot in the Kiwis Four Nations touring squad and makes his test debut at centre in his only appearance during the tournament in New Zealand’s 20-12 loss to England at 19 years of age.

Round 20, 2011: He plays game 50 in Manly’s win over the Penrith Panthers, scoring a try in the five-eighth position.

Grand Final 2011: Foran was a star for Manly throughout the 2011 season, making 26 appearances, scoring eight tries and played a huge part in the Sea Eagles premiership triumph over the New Zealand Warriors at the age of 21.

2013: Foran kick starts the season being named in the NRL All Stars team to play the Indigenous All Stars at Suncorp Stadium. Kieran plays his 100th NRL match against the Raiders in round 24 and was integral to Manly’s drive to another grand final appearance – a loss to the Sydney Roosters. He captains the Kiwis in the Anzac Test and features in all six matches at the Rugby League World Cup. To top the season off, Foran is named the New Zealand Kiwis Player of the Year.

2015: Foran was selected at five-eighth for the NRL All Stars at Cbus Super Stadium. During the season, he announces he is joining the Parramatta Eels in 2016. He finishes the year with 19 appearances and four tries.

2016: After 147 games with the Sea Eagles, Foran arrives at Parramatta and is installed as captain alongside Tim Mannah. He plays game 150 during the Eels 8-0 win over the Wests Tigers in round four and scores his first try for his new club in the Eels 36-6 win over the Raiders in round six, before a shoulder injury ends his season.

2017: After one season with the Eels, Foran moves to the Warriors, scoring a try on debut against the Gold Coast Titans. He makes his first appearance at international level in two years during the Kiwis Anzac Test loss.

May 10, 2017: The Bulldogs announced the signing of Kieran Foran on a three-year deal that will keep him at Belmore until the end of the 2020 season.

Round 1, 2018: Foran makes his debut for the club against the Melbourne Storm.

Round 5, 2018: He scores his first try in the blue and white jersey during the Bulldogs round five clash with the Raiders.

2019: Foran makes 14 appearances for the Bulldogs, scoring three tries and finishes the season in great form to earn a Kiwi recall. He plays his first test on New Zealand soil in five years against Great Britain.

Round 4, 2020: Foran is named to return from injury in the Bulldogs line-up at five-eight for the club’s annual Queen’s Birthday clash against the St George Illawarra Dragons at Bankwest Stadium. 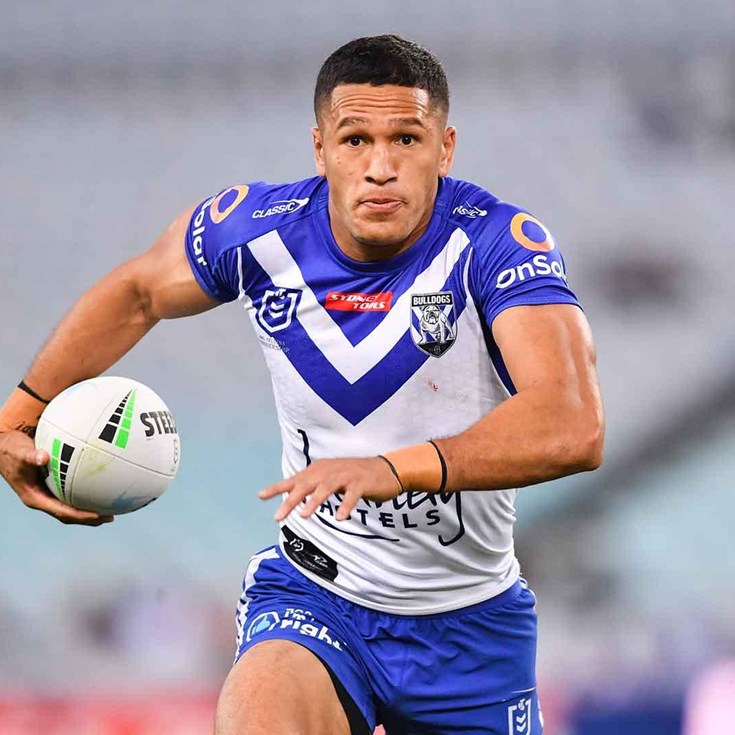 Foran fired up for NRL return