Bulldogs captain Josh Jackson was born in Gulgong, a small country town in the Central Tablelands of New South Wales.

The backrower played his junior footy for the Gulgong Terriers and Mudgee Dragons, before moving to Newcastle to chase his football dream.

Jackson was a member of the Knights 2009 SG Ball team and after one season with the club, the hardworking forward joined Canterbury in 2010.

In his eleventh season in the blue and white, Jackson recalls in his own words how the move from Gulgong to Belmore happened.

I grew up in Gulgong, in the Central West. I had a great upbringing.

Both my grandparents had property, so I was forever out on the farm, driving around in cars, tractors and I really enjoyed that lifestyle.

All of my family are very hardworking people with very humble beginnings and I think that’s where a lot of my work ethic, as well as my attitude, comes from.

I was never the best player growing up, but all of my opportunities in footy have come from that work ethic and the attitude my family instilled in me. I’m very grateful for my family for all the sacrifices they made growing up.

Playing for Gulgong and Mudgee every weekend from the age of five, my parents would be driving out to places like Nyngan, Warren and places that were three hours away. They were giving up their whole weekends to drive me around the countryside and that was just junior footy.

When I was 16, the family made the decision to move to Newcastle and that was for a bit of a sea change, but it was also for me to be given a better opportunity for my football career.

I went to Hunter Sports High School for two years, grade 11 and 12. When I finished there, I played rep footy for the Newcastle Knights in their SG Ball side and following the under 18 season, Newcastle weren’t really interested so I went back and played for Lakes United Seagulls in the first grade competition in the local area.

At that time, Newcastle didn’t have a reserve grade side, so all the Knights players who didn’t play first grade came back and played in the local comp, which taught me a lot about the physical nature and toughness of rugby league.

I think playing in the SG Ball competition and for Lakes that year gave me the opportunity to come down and play for the Bulldogs. They offered me a two-year deal for the under 20s and I grabbed it with both hands.

I thought it was a great opportunity for myself and it’s history now. I’m glad I made the decision, because it worked out really well for me.

Vautin: He epitomises what leadership is all about 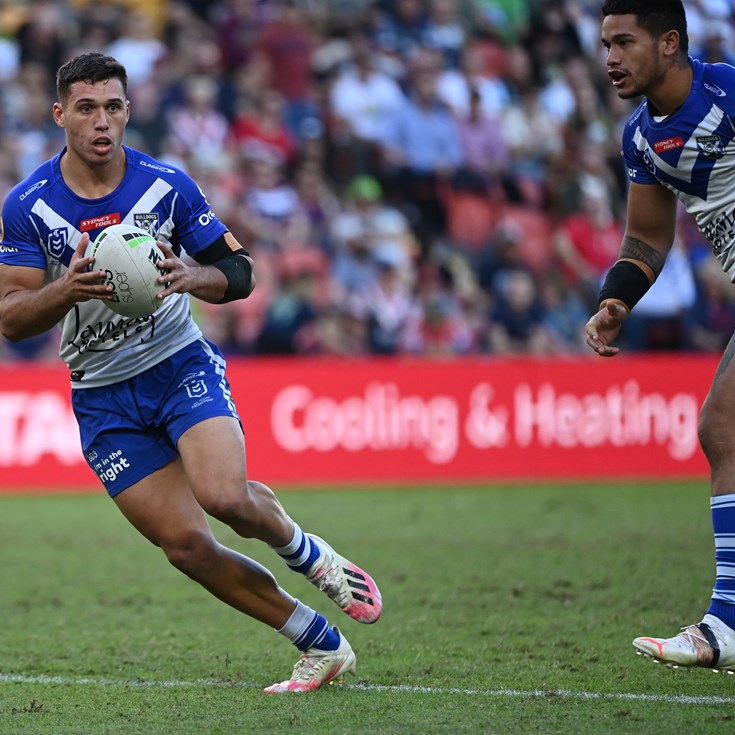