With the NRL season needing to be rescheduled this year due to the disruptions caused by the coronavirus pandemic, the topic of the conference system is again up for debate.

Should the NRL permanently go down the avenue of splitting its teams into conferences or is it better to stick with the current format for determining the draw?

It may not happen this season and it might not happen next season because the game will still be getting back on its feet financially in 2021.

But somewhere down the line, ideally much further down the line when expansion is not just back on the table but has delivered a second team in Brisbane and a new Perth franchise, an 18-team competition operating in conferences is worth considering.

Adding two further teams could make for one nine-team Sydney conference, and another "regional" conference.

Teams would play home and away fixtures within their own conference, and one game each against the other conference, before moving to an eight-team finals series with four clubs from each progressing.

Bailey's Bunker: Johnson reveals why he called out the haters

The NRL's current 1 v 4, 2 v 3, 5 v 8, 6 v 7 finals series model could still be used by seeding each conferences first four sides based on their position in an overall ladder.

Or as Phil Gould has suggested previously, a top five from each conference finals series could be modelled - in a format not dissimilar to the 10-team finals series of 1998 - to generate more big-ticket finals games.

But just in the regular season a conference model would mean more local derbies for fans and clubs - Sydney's biggest crowds over the years have come when two sides from the Harbour City played each other.

Bailey's Bunker: Why Val Holmes was overawed ahead of NRL return

If the NRL were to keep nine teams in Sydney in their traditional markets, this offers a more viable way of doing so.

Regional teams would face more travel, which could be offset by financial compensation, but are already doing so every second week.

A two-conference system could offer more bang for the buck of broadcasters and a Super Bowl-style grand finale between the winners of the two conferences.

The conference finals a week prior would also become huge fixtures in the own right, capping off a format where there is more tribalism and rivalry fostered every weekend.

Every year or two the same argument gets tossed up that the NRL should have conferences and each time the idea is shot down because they always have inherent flaws.

This year, the NRL has been forced to reschedule the fixture list because of the coronavirus pandemic. The conference option has been considered and fair enough.

You’ve got to do what you’ve got to do, especially if you have to isolate players from the general public to ensure you minimise risk around spreading this insipid disease.

But when we hopefully return to a normal draw next year and beyond, there is no need to go down the conference route.

The current structure of the draw allows for each of the 16 teams to play each other once and then teams get to play nine teams a second time based on traditional rivalries, teams that  bring fans through their specific turnstiles.

It’s not a perfect system such as the old home-and-away format where every team hosted each team and played them on the round.

But just like the attitude Sam Burgess used for 79-plus minutes in the 2014 grand final, if it ain’t broke, don’t fix it. His cheekbone was in fact fractured but he soldiered on anyway.

Every conference system that has been proposed for the NRL brings in disadvantages to some teams.

A geographical system often gets tossed up involving Sydney sides in one conference and the rest in another.

This would mean the teams in the Harbour City, who already do far less travelling than the rest, will have minimal disadvantage as far as game preparation, costs and turnaround times while all the other teams would be heading up and down the Eastern Seaboard and across the Tasman every other week.

And why exactly should the NRL follow the lead of other sports that have conferences? Anyone who’s been paying attention to Super Rugby over the past decade will tell you how confusing, confounding and controversial their switch to conferences has been.

The American debate also gets air time as an example. The main sports in the United States have around 30 teams in a much bigger geographical expanse which were set up many decades ago when travelling across the country was a laborious long-haul slog.

They’re actually debating getting rid of conferences because their athletes fly chartered jets nowadays so the travel impact is much less.

American sports are also slowly realising it’s ridiculous for one team with a lesser record to make the playoffs when another team with a better win rate misses out purely because they were in a tougher conference. 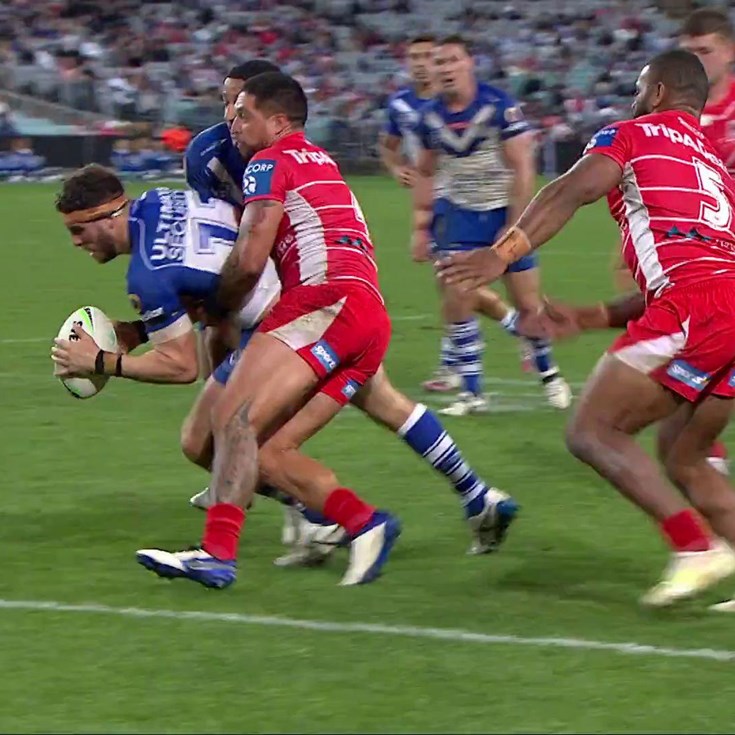