Bulldogs coach Dean Pay says there were plenty of parts of his side's final trial game that pleased him but cautioned there was still plenty of work to do just 12 days out from his side's season-opener at Bankwest Stadium against the Eels.

The Bulldogs started strongly, completing well early and racing out to a 10-0 lead in as many minutes through tries to winger Jake Averillo and prop Dylan Napa.

The Raiders scored soon after and once more late in the game with reserve grade line-ups on to snatch a 12-10 win, but the Dogs were arguably more impressive while the top sides were on.

"We got through without any injuries so that's the main pleasing part," Pay told NRL.com.

"We started really well, I think we were six from seven (completions) and built a bit of pressure but then we defended strongly in parts of it as well so there were some really pleasing parts of the game.

"[The fundamentals] are something we've been working hard on.

"The way we started, we wanted to start well and we achieved that. But there's still a lot of work to be done. There's a couple of weeks to go before round one so there's some work to be done."

Discipline was a big feature of the Dogs' strong finish to 2019, winning five of the final six games despite not scoring many points through their discipline and defence. However Pay cautioned the fall away in discipline in Port Macquarie and would not be acceptable in an NRL game.

"We lost it last week as well so we've just got to make sure we're disciplined across the board, make sure we address it. It's an area we can get better at.

"Our completion rate (of 70%) was too low to compete at NRL level so that's another area we've got to get better at.

"We'll get on the bus tomorrow (Sunday) and go home. We've been on the road for a little while now so we'll go home and get ourselves ready for round one." 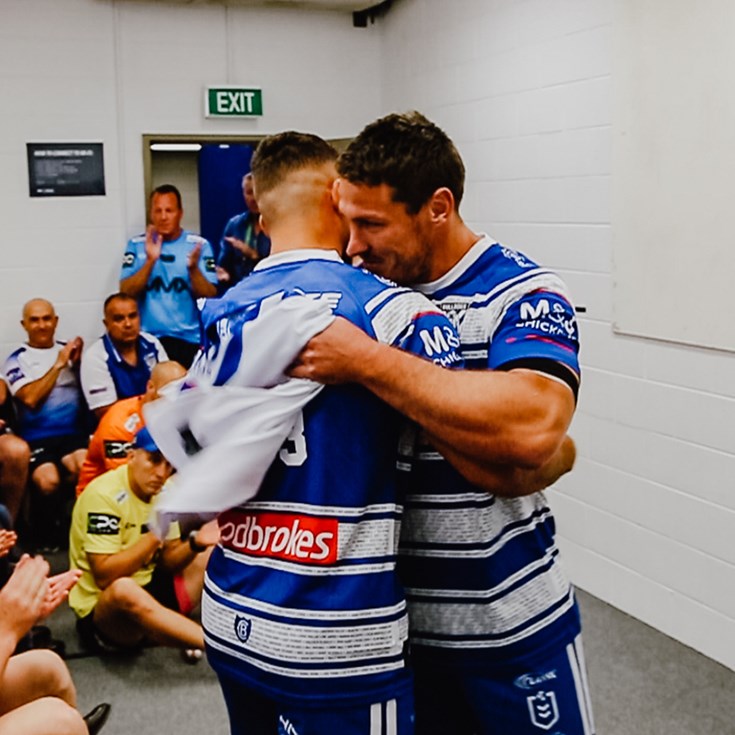 Bulldogs go down by two in Port Macquarie trial