Former Bulldogs great Andrew 'Bobcat' Ryan will travel to the Perth Nines next week as both a mentor to the Bulldogs squad and a member of the playing group.

Ryan, who made 218 appearances for the Bulldogs, including captaining them in the 2004 Grand Final, will be part of the squad and will help assist Head Coach Dean Pay in mentoring a young Bulldogs squad in their first hit out of the season, in addition to providing guidance to new captain Corey Harawira-Naera, who will take over from Josh Jackson who is unavailable after minor surgery for a broken nose.

Ryan, who played for New South Wales in 12 State of Origin matches, in addition to representing Australia on eleven occasions, recently performed well for the Bulldogs team in the Legends of League tournament held in Newcastle last November.

Ryan will play at some stage during the Bulldogs two matches against the Parramatta Eels and Cronulla Sharks.

Bulldogs Coach Dean Pay was delighted that Ryan had agreed to work with the young squad: “Having someone of Bobcat’s experience with the squad for the tournament will be fantastic for our young guys."

He was one of the great Bulldogs and just having him around the group and for the guys to be able to learn from him and chat to him about the game will be of great benefit to them.

"It’s really important that we keep that connection to our past and help our young players learn from their experiences.”

The Bulldogs will name their full squad for the 2020 NRL Nines next week. 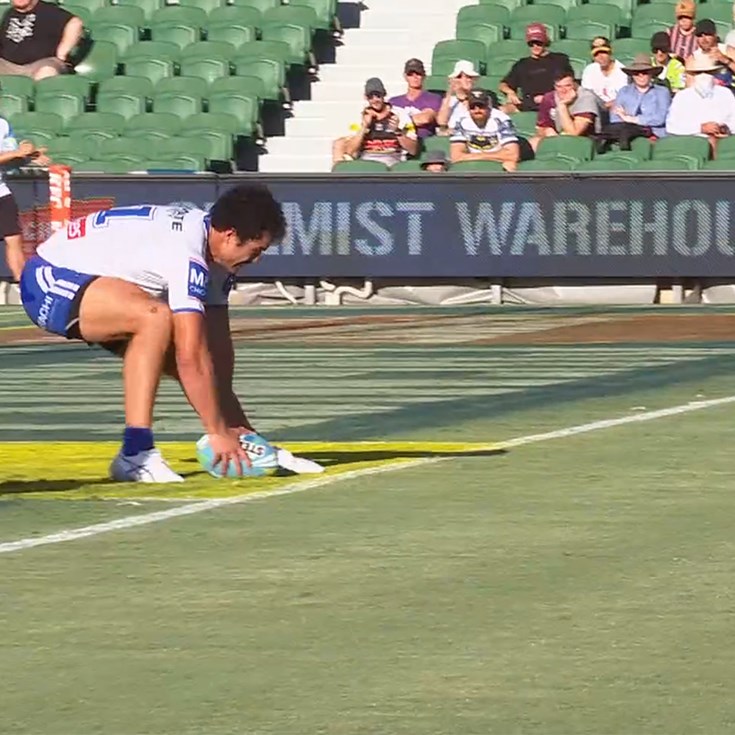 Harawira-Naera: I can't wait to get out there and play

Harawira-Naera looking to learn from Ryan