The Bulldogs have continued to build for the future by extending the contract of hooker Jeremy Marshall-King by a further two years, keeping him at Belmore until the end of the 2021 season.

After moving to the Bulldogs from the Wests Tigers in 2018, Marshall-King has proved to be an ironman of the blue and white pack, playing in 23 NRL matches in each of the last two seasons, in addition to winning the 2019 Coaches Award.

Having both started and come off the bench, the 23 year-old has impressed with his service from dummy half and his strong running game.

Bulldogs Head Coach Dean Pay was pleased that the club had been able to extend Marshall-King's time at Belmore:

"Jeremy is the sort of player that every club needs. He has really embraced the hooker's role and he has those qualities of toughness and determination that have really added to the side over the past two seasons.

We believe that he has a great future in the game and that is based on the fact that he is continually looking to learn and improve all the time.

As we continue to strengthen our squad, Jeremy's decision to extend his time with the Bulldogs is a major bonus for the club moving forward."

JMK thanks coaches for his 2019 success 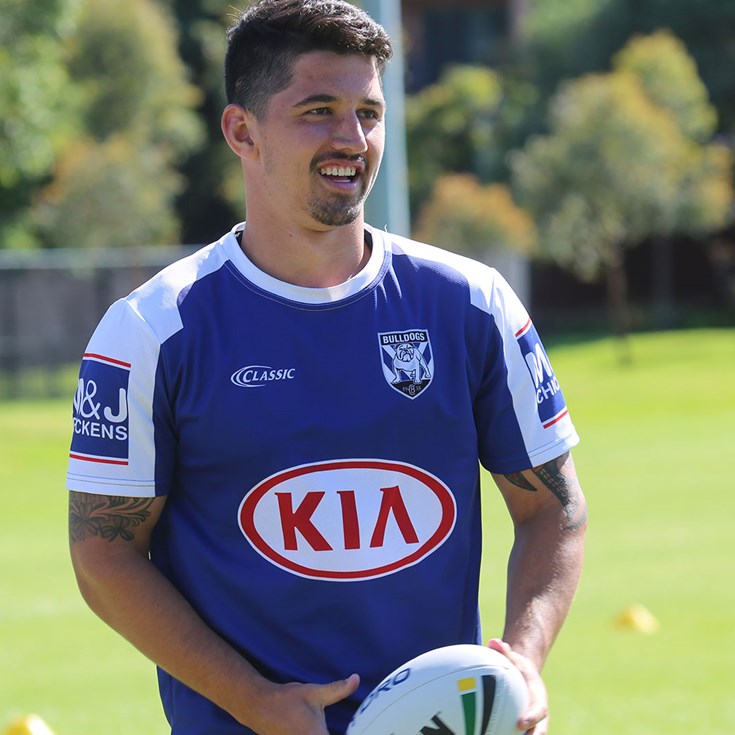 JMK: We need to keep turning up