A brilliant defensive display from Canterbury, led by inspirational skipper Josh Jackson, has earned a thrilling 12-6 win over the Eels at Bankwest Stadium.

The victory over arch-rivals the Eels made it four straight wins for the proud Belmore club and keeps the Dogs in the hunt for a finals spot.

Since round 15, Dean Pay’s men have won six of their eight matches with all of those wins coming against sides who were in the top eight at the time.

Following the match, Bulldogs Members and fans took to social media to show how proud of their team they were after the win over the Eels.

What a win last night, so proud of the boys 💙🐶 #proudtobeabulldog pic.twitter.com/3VHECpe94z

I used the #dogsofwar hashtag for the first time in a long time last week and tonight it deserves to be used again! #ProudToBeABulldog #dogsofwar

The best compliment I can give tonight is to say it was a typical bulldogs performance. We’ve got our dogs back! #ProudToBeABulldog

Very small chance of making the 8 but still so proud of the boys last few months! #proudtobeabulldog

I bloody love what Dean Pay has done with a group that looked absolutely lost earlier this season. DWZ's inclusion has been huge, but the defence has turned around and halves executing much better. Another great win for one of the form teams in the competition #proudtobeabulldog

The Dogs of War are back!!! So #proudtobeabulldog after @NRL_Bulldogs performance #nrleelsbulldogs. Never gave up, kept coming in defence and showed true heart late in the game to hold on. Keep showing everyone who's boss Deano & the boys! https://t.co/jMhmHpmjgu

One of the greatest games I’ve seen in years. #proudtobeabulldog

What an effort by the @NRL_Bulldogs ........ a true Dogs of War type performance. Thanks to the boys for the pride and commitment they are showing in the jersey.#proudtobeabulldog #bulldogsfamily

Fantastic win, showing glimpses of the old DOG OF WAR!!!#proudtobeabulldog

Im so beyond proud of my beloved @NRL_Bulldogs!!! 4 straight wins we are definitely playing with heart and determination I just wish we had played like this earlier in the season!!! But I am always proud of my team and can't wait for season 2020!!! #proudtobeabulldog

That was a tough, gritty, character building game. We had busted players and the other boys rallied around them and got the job done. Well done @NRL_Bulldogs 👏👏👏 #proudtobeabulldog

Yet another Stella performance from the mighty bulldogs, unfortunately I think the boys have left it a little late this season, but man does it feel good to be in the winners circle 4 weeks in a row #proudtobeabulldog #4inarow

OMG what a game..!!
That’s great footy, I was hardly able to sit in my chair my heart almost pumped straight through my chest..!! #proudtobeabulldog

Wow that game was abit all over the place but happy with the win... another team bites the dust! Boom! #proudtobeabulldog 💙

I desperately NEED the stars to align and have the bulldogs make the 8. What a run! So incredibly proud of the way these boys keep putting in 110% #proudtobeabulldog

What a win! Well done @NRL_Bulldogs amazing defence over the past few weeks #proudtobeabulldog

What a win and what a cracker of a game. So proud of the boys and absolutely #Proudtobeabulldog #NRLEelsBulldogs @NRL_Bulldogs

That’s got to be one of our proudest victories of modern years.

A bloody entertaining game all round. #proudtobeabulldog 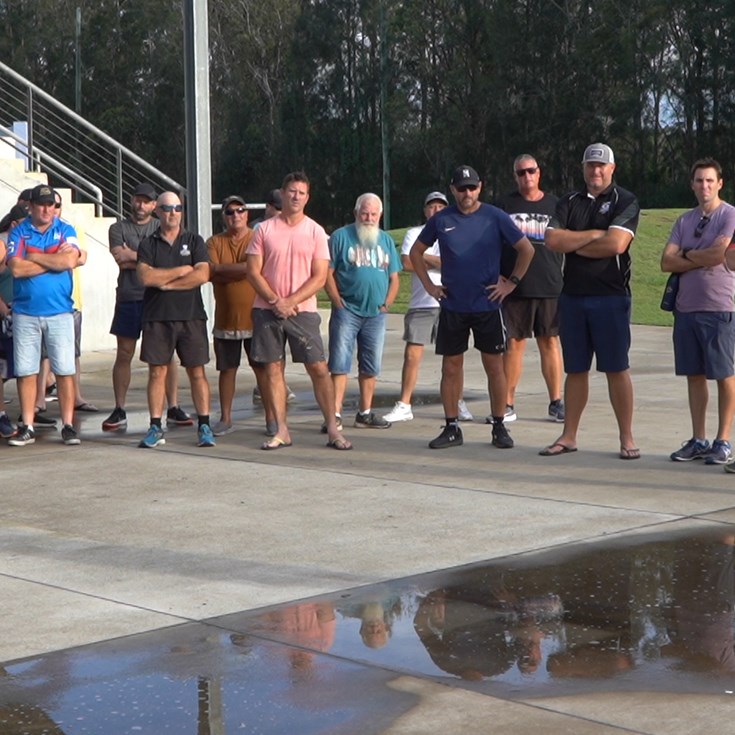 Bulldogs coaching staff give back to North Coast

James and Antonelli Mic'd Up for Coaching Clinic

Clubs keen on premiership match in PNG after trial success