Dean Pay has seen enough in the Bulldogs' late revival to suggest they can eventually become a top-four side under his coaching.

After winning three straight matches and five of their past seven, the Bulldogs remain a slim mathematical chance to reach the finals - a minor miracle given the club was headed for the wooden spoon two months ago.

While he isn't quite daring to dream about an unlikely playoffs appearance, Pay said the considerable improvement has provided confidence that Canterbury are on track to return to their former glory.

"It's always nice to get away from that [pressure from losing]. But we never, ever lost focus on what we were doing," Pay said on Wednesday.

"We just wanted to make sure our players were getting better each week and it's really important that we keep building towards being a top-four team. We're a long way from that yet but we’re moving in the right direction.

"Through the first 14 rounds we had some games where we really competed hard. Some things went against us in games that cost us the game. If we could have jagged a couple of those wins earlier in the season, it might be a different story."

With speculation about Pay - who is contracted until 2020 - being replaced dying down as the Bulldogs found form, the mentor is running his eyes over the open market to enhance the roster for next year.

"We're always interested in quality players. Obviously we're still a bit restricted by our [salary] cap but there's a few different players out there that we've enquired about," he said.

"If that comes off, it comes off. If not we just move on. [Ramien] is one quality player out there that's obviously on the market so we'd be silly not to enquire about him.

"[Koroisau's] another one. There's quite a few of them out there. Any quality players that come on the market, we're interested."

Pay believes the Bulldogs hit new heights last round in keeping the Rabbitohs try-less with impregnable defence. He hopes his troops will replicate the effort against Parramatta at Bankwest Stadium on Thursday and continue their giant-killing run.

"We got to a really good level last week. We defended really well – I think we only missed seven tackles. That's been the cornerstone of winning a few games on the trot," Pay said.

"We've been really concentrating on our defence and our attack is getting better each week."

Five-eighth Kieran Foran's return from injury versus South Sydney pushed Jack Cogger to the bench with Lachlan Lewis given the nod at halfback.

Cogger didn't get any game time and Pay sympathised with the playmaker's situation.

"I felt sorry for Jack last week, all the boys felt for him. He's the type of kid who is team-first and he works as hard as anybody here in the club," Pay said.

"He could be on after two minutes [against the Eels], who knows. We'll just play it as it comes. [Cogger and Lewis] have both been going really well.

"The good part about it is it's good competition. Lachy knows Jack's waiting in the wings and he's got pressure on him." 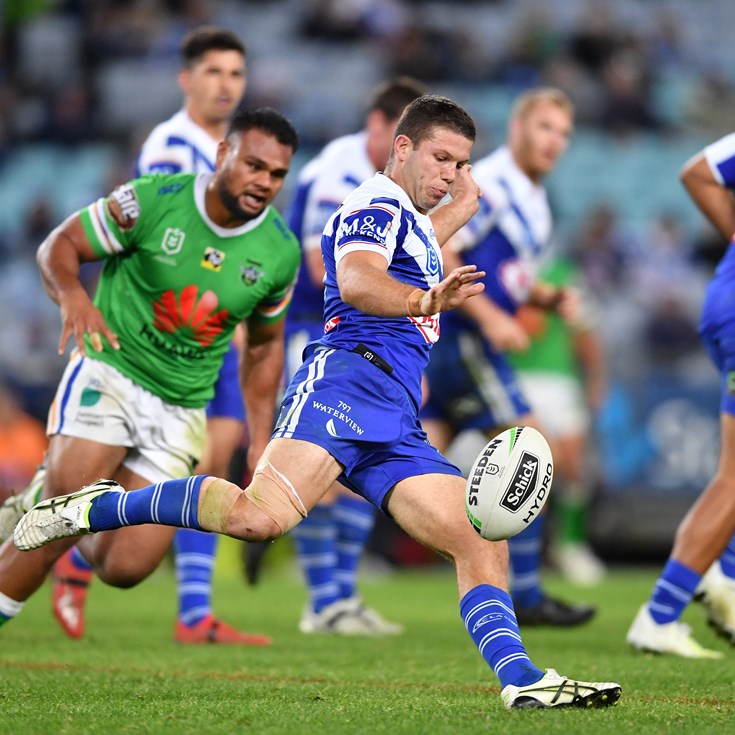