Line Up Round 22 v Bulldogs

The South Sydney Rabbitohs are pleased to announce their 21-man NRL squad for their round 22 fixture against the Canterbury-Bankstown Bulldogs at ANZ Stadium this Saturday 17 August at 7:35pm.

Three grades of football will be played at ANZ Stadium with the Canterbury Cup table-topping Rabbitohs taking on the Bulldogs at 5:20pm in a top-four clash, and the top-eight Jersey Flegg under 20s match between the Rabbitohs and the Bulldogs kicking off at 3:35pm. Gates open at 3:30pm.

The Rabbitohs will wear special edition pink and green hooped jerseys in the NRL fixture for Women in League round, the same jerseys as worn by the Club’s Harvey Norman NSW Women’s Premiership team. Players will also wear pink Body Science compression shorts during the game.

A Women in League Lap of Honour will take place before the game at ANZ Stadium featuring players from Harvey Norman NSW Women’s Premiership teams the South Sydney Rabbitohs, Canterbury-Bankstown Bulldogs, Mounties, Wentworthville Magpies and St Marys; as well as Souths Juniors all-girls competition participants from the under 8s, under 10s and under 12s competitions and the Redfern All Blacks from the senior women’s competition.

The Wotif Mini League matches on Saturday will feature teams from Souths Juniors’ under 8s and under 10s girls competitions from the Maroubra Lions, La Perouse Panthers, South Eastern Seagulls and Botany Rams.

At half time of the NRL game, 450 dance students from 22 dance schools from all around New South Wales will take part in the Nova Employment Dance Spectacular.

Saturday night’s clash between the Rabbitohs and Bulldogs will see the continuation of new food and beverage prices at ANZ Stadium with many items reduced by 15 to 20 per cent at the public food outlets.

Integrated rail travel is included in all pre-purchased tickets and Rabbitohs Memberships.

Pre-purchased tickets are also available at discounted rates including general admission family tickets from $40, adults from $20, concession tickets from $15 and juniors from $10.

The South Sydney Rabbitohs’ 21-man NRL squad for Saturday’s match against the Bulldogs is: 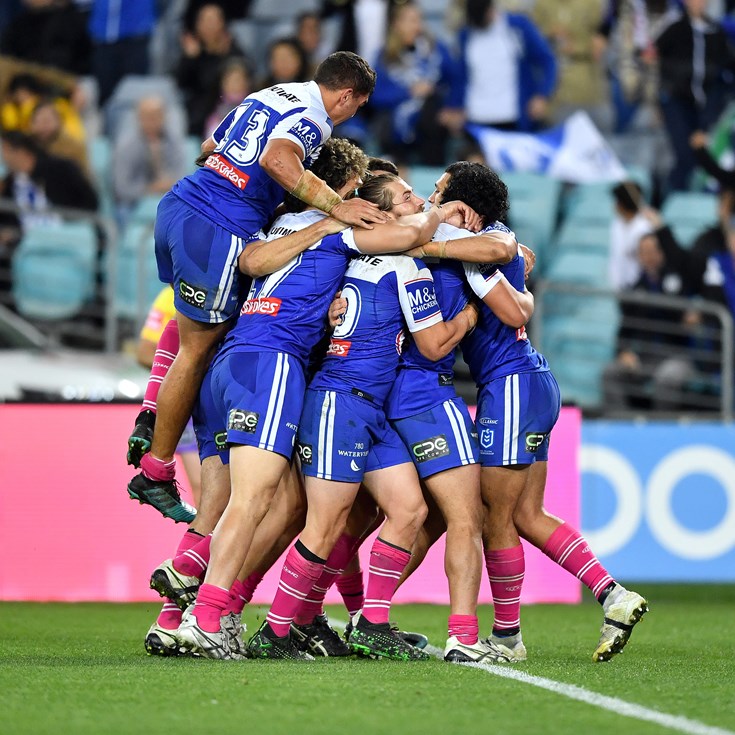