Canterbury Bulldogs’ Canterbury Cup side have defeated the Penrith Panthers, holding off late pressure to secure a 26-22 victory at Bankwest Stadium.

In a battle between second and third place, the game promised an entertaining and competitive 80 minutes, as both teams looked to secure the top spot.

The Bulldogs drew first blood after five minutes through an intercept by Morgan Harper, who found a flying Jayden Okunbor to touch down in the corner.

Harper was unsuccessful in his first attempt at converting, maintaining the Dogs’ four-point lead.

As the home side piled the pressure, Morgan Harper looked certain to score off a Fa’amanu Brown grubber. However, a knock on in goals gifted the Panthers a seven-tackle set, resulting in a try for William Burns.

The try was converted by Jed Cartwright, putting his side in the lead by two.

The Dogs answered almost immediately after, through a solo run near the line by Fa’amanu Brown, who stepped his way over and followed it up by converting his own try.

Both teams looked scrappy in the first half, but it was Penrith who took the last points of the half through Spencer Leniu’s try, converted by Jed Cartwright, leading the Panthers into the sheds 12-10 in front.

The home side, just like in the first forty, grabbed the first points of the second half through a smooth slide of hands that ended with Connelly Leumelu diving over in the corner.

Nu Brown converted his second from just as many attempts to increase his side’s lead to four.

Canterbury further extended their lead through a well-placed bomb near the line by Brandon Wakeham for his winger Jayden Okunbor, who took it brilliantly to touch down near the sideline.

Penrith responded with a solo effort from Sione Katoa from dummy half to score next to the posts, which was converted again by Cartwright.

The Panthers went back-to-back in quick succession as Malakai Watene-Zelezniak put a chip in over the top of Toa Mata’afa, which landed perfectly for William Burns to grab his double.

The conversion was unsuccessful by Jed Cartwright, leaving the away side two in front with a quarter of the game to go.

The Dogs responded with a strong set, finished off by Toa Mata’afa running through a gaping hole in the Penrith defence.

Nu Brown successfully converted to increase the Dogs’ lead back to four.

Withstanding late pressure from the Penrith side, the fighting Dogs earned first place with a thrilling 26-22 win. 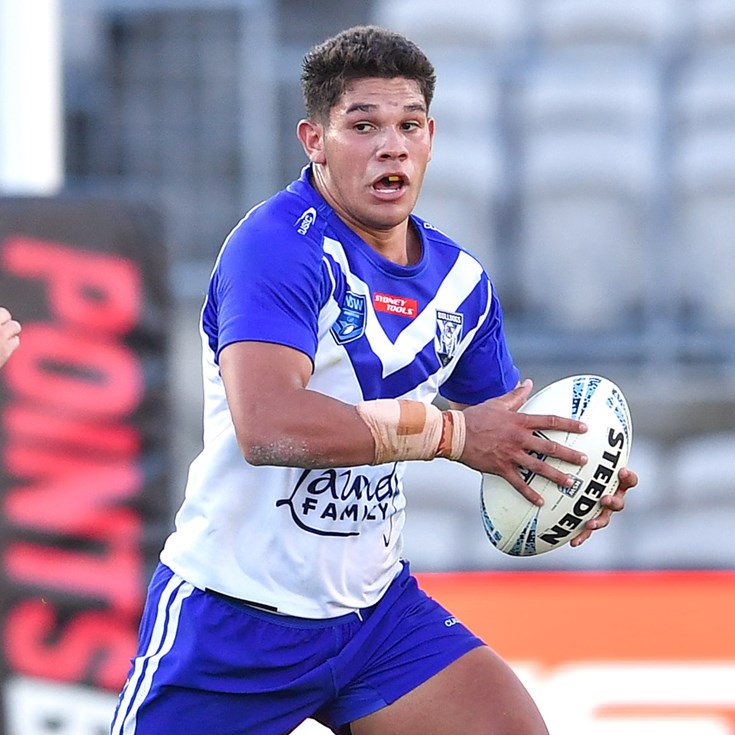